Topeka, KS – With 107 criminal charges against Planned Parenthood of Kansas and Mid-Missouri stalled for months in the Kansas Supreme Court, Operation Rescue has launched a petition to to send the illegal late-term abortion case to trial.
“Planned Parenthood has been investigated. A judge has found that there is probable cause to believe that it has broken the law. One hundred and seven criminal charges have been filed, twenty three of which are felonies. It’s time to clear the log-jam, put aside political obstructionism, and allow this case to go forward to trial on its merits,” said Operation Rescue President Troy Newman.
Listen to 1-minute radio commentary airing on Bott Radio Network.
Former Johnson County District Attorney Phill Kline filed the massive abortion case on October 17, 2007, three months before leaving office. Current District Attorney Steve Howe, a political rival of Kline’s, has shown no interest in pursuing a prosecution.
But the case actually began as early as September, 2004, when as Attorney General, Kline issued subpoenas for 90 abortion records from Planned Parenthood and the now-closed Women’s Health Care Services. The two abortion clinics refused to comply, launching Kline on a 3-year legal odyssey that involved a complex series of legal maneuvers – many of them conducted in secrecy – that frequently landed the case before the Kansas Supreme Court.
Eventually Kline received the records with all patient identifying information redacted. Those records were the basis for his charges against Planned Parenthood.
However, former Chief Justice Kay McFarland issued an order at the request of the new Attorney General Steven Six, preventing the District Attorney’s office from accessing the evidence against Planned Parenthood, and gagging the custodian of those records, District Court Judge Richard Anderson. Subpoenas for other witnesses were quashed.
Anderson had overseen Kline’s investigation into illegal abortions from the beginning, and went so far as to seek an opinion from a police handwriting expert who confirmed suspicions that certain evidence had been “manufactured” by Planned Parenthood.
On May 13, 2009, the Kansas Supreme Court heard oral arguments on an appeal asking the Court to reinstate the State’s subpoenas for witnesses against Planned Parenthood and for Anderson’s gag order to be lifted.
The case has since sat dormant with no ruling in sight. Meanwhile, Planned Parenthood continues to collect $300,000 in Kansas tax money and more evidence has surfaced indicating that the abortion group continues to flout the law.
“The criminal case against Planned Parenthood has a complex history that has overshadowed the serious nature of these charges,” said Newman. “There has been every effort made by the powers that be in Kansas to impede this case and prevent it from going to trial. That kind of political obstruction in a criminal prosecution is intolerable if public confidence in the integrity of the judiciary is to be maintained.”
“Let the witnesses testify and let the evidence come forward at trial and let a judge and jury decide. The petition will let the Court know that the public is watching. It’s time for the secrecy and stonewalling to stop.”
READ & SIGN THE PETITION
Background: 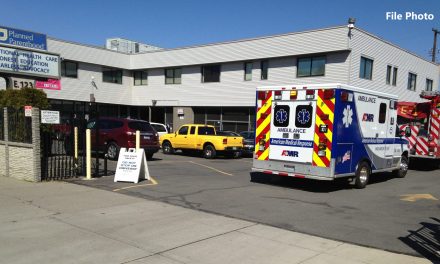