Philadelphia, PA – On Tuesday, the Pennsylvania Department of Health took action to ensure that no other abortionist will begin operating at Kermit Gosnell’s West Philadelphia abortion clinic because the facility itself presents a danger to the public.
Gosnell’s clinic was raided on February 18, 2010, when authorities discovered filthy and unsafe conditions, along with a collection of aborted babies that stretched by 30 years. Gosnell has been implicated in the abortion deaths of two women along with a lengthy history of botched abortions. Gosnell is known to have operated an abortion clinic illegally prior to Roe v. Wade.
The States of Pennsylvania and Delaware have since suspended Gosnell’s medical licenses on an emergency basis.
The Health Department is seeking an order prohibiting abortions at Gosnell’s clinic because of dangerous conditions found there. The office has no access for a stretcher in the case of an emergency. In previous emergencies, care was delayed because exit doors were padlocked shut or blocked with debris from the clinic.
Other infractions included the lack of emergency resuscitation equipment. A deficiency report noted that the only source of suction for patients with airway tubes was the same suction machine used for abortions. Filthy and unsanitary conditions were also cited.
Calls made by an Operation Rescue investigator to Gosnell’s clinic today were not answered, message boxes were full, and a number for second trimester abortion inquiries for “Ben Gosnell” had been disconnected.
Even Vicki Saporta of the National Abortion Federation has thrown Gosnell under the bus. She says that the NAF recently denied Gosnell affiliation because of nineteen “extensive” violations of NAF guidelines were discovered during an inspection last December. Saporta was “dumbfounded” to learn that Gosnell had been telling reporters that the NAF found his clinic to be clean.
“You, know it’s bad when the NAF won’t even have you. Their abortion clinics have the reputation of being among the worst offenders when it comes to dangerous abortionists and conditions,” said Operation Rescue President Troy Newman. “We know because we bought and closed an NAF affiliated abortion clinic in Wichita, Kansas, and the horrific conditions we found there were appalling.”
Background 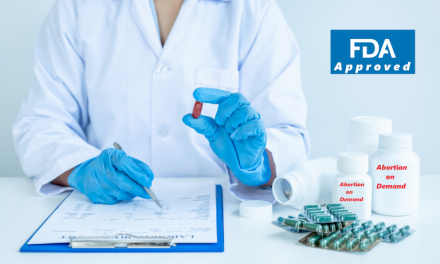