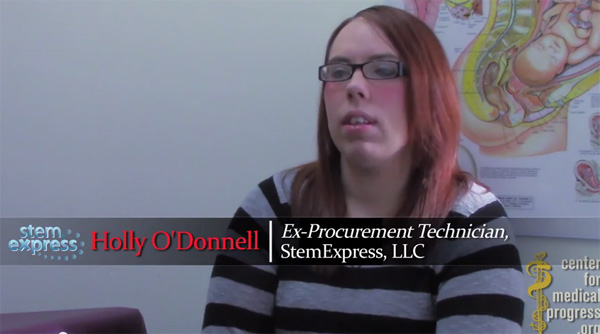 She also describes the emotional toll her work took on her and others. At one point O’Donnell indicates that Planned Parenthood financially exploits many women who do not even really want abortions.
The video includes a disturbing scene from Planned Parenthood of the Rocky Mountians’s Denver, Colorado, abortion facility organ procurement room. There, Savita Ginde, who serves as Vice President and Medical Director for PPRM, identified several organs from one aborted baby’s remains that could have netted Planned Parenthood $200 to $300.
This prompted Ginde, who was exploring entering into a contract with an organ procurement company, to voice her preference for being paid by the organ over flat-rate compensation.
“I think the ‘per item’ thing works a little better just because we can see how much we can get out of it,” Ginde said.
Other scenes show footage of discussions with Planned Parenthood Pacific Southwest’s Medical Director Katherine Sheehan, and the now familiar faces of Planned Parenthood abortionists Mary Gatter and Deborah Nucatola discussing the financial benefit derived from selling aborted baby organs.
“There is no doubt, based on evidence in this video, that Planned Parenthood financially profits from the illegal sale of aborted baby body parts. When Planned Parenthood’s head, Cecile Richards, denies this, she is brazenly attempting to deceive the American people,” said Troy Newman, President of Operation Rescue. Newman also serves on the Board of the Center for Medical Progress and advised Daleiden throughout his three-year undercover journalistic study. “We need to immediately defund Planned Parenthood and hold them criminally accountable for their horrific conduct that clearly runs afoul of the law and violates every sense of human decency.”
This video is the first episode in a new series, “Planned Parenthood’s Black Market in Baby Parts.”
Read our story archive on Planned Parenthood’s baby body parts scandal.