9. The Battle to Stop Opening of Deceptive Planned Parenthood in Aurora, Illinois

At the invitation of pro-life hero Joseph Scheidler, Operation Rescue joined the battle to expose the opening of a Planned Parenthood mega-mill that was built under a false business name. The effort was successful in delaying the opening two weeks. Legal efforts are still underway to halt abortion business at that building because permits were falsely obtained.

The national trend of abortionists closing their mills and/or being disciplined by Medical Boards continues. Operation Rescue filed complaints against abortionist for violating the standard of care and other laws. Some of those cases are still pending.

“Have nothing to do with the unfruitful works of darkness, but rather, expose them.” Eph. 5:11. Operation Rescue exposed a number of abortion tragedies in 2007, and continues to work to bring those responsible to justice.

Operation Rescue reported a number of incidents where peaceful pro-lifers were attacked or wrongfully attested throughout the nation, including an incident near Atlanta where Operation Rescue Truth Truck Driver was tossed in jail for four days and the Truth Truck impounded. Operation Rescue continues to pursue legal remedies in order to protect the rights of pro-lifers to speak without fear of reprisals on behalf of the pre-born in the public forum.

Once abortion supporter Paul Morrison took over as Attorney General, it became obvious that he would keep his campaign promise to derail honest criminal investigations against Kansas abortion clinics. Operation Rescue helped lead efforts to compel the Legislature to order Morrison to enforce the law, which unexpectedly exposed duplicity on the part of some politicians who claimed to be pro-life. Public pressure helped the Legislature hold interim hearings investigating late-term abortions and George Tiller.

Operation Rescue was privileged to have been a part of publicizing the stunning public testimony of Dr. Paul McHugh, one of the nation’s most respected experts in the field of psychiatry. Dr. McHugh told of how he believes, after reviewing medical records at the request of then Attorney General Phill Kline, that Tiller is misusing psychiatry to break the Kansas ban on post-viability abortions. Then, during the Legislative hearings investigating late-abortions, Michelle Armesto came forward and told of her coerced abortion at Tiller’s abortion mill, which was begin before her consent was given. Operation Rescue filed a number of complaints on behalf of Mrs. Armesto in an attempt to bring Tiller and his abortion cohorts to justice.

Operation Rescue joined with Concerned Women for America and Women Influencing the Nation to form the L.I.F. E. Coalition, which worked to convene a grand jury through the citizen petition process to investigate allegations of criminal conduct on the part of a Kansas Planned Parenthood. That Grand Jury convened on December 10. In the meantime, District Attorney Phill Kline filed 107 criminal charges of his own against Planned Parenthood, after Attorney General Paul Morrison “cleared” the abortion business in June. Operation Rescue published many articles (not listed below) that questioned Morrison’s judgment, integrity, and his ability to honestly prosecute abortionists.

Operation Rescue immediately called renewed its call for Morrison’s resignation once the story of Morrison’s illicit sexual affair and attempts to influence abortion cases broke in the Kansas media. Operation Rescue was the first to denounce Tiller cronies as possible replacements to Morrison, and continues to work to insure that the new Attorney General will be untainted by abortion blood money.

Operation Rescue’s Number One Story for 2007 is a huge one! Abortionist Tiller faces 19 counts of criminal late-term abortion, a grand jury investigation slated to begin January 8, two inquiries with the Kansas State Board of Healing Arts, and even a small claims action. Operation Rescue’s ground-breaking work contrbuted to bringing these cases this far. In 2008, we should see the results of each of these legal challenges to Tiller’s abortion empire. Operation Rescue continues to exhaust every legal option to bring Tiller to justice! 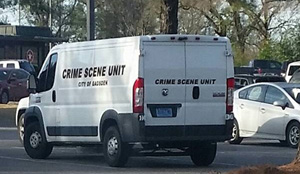