Contact: Brian R. Chavez-Ochoa, General Counsel, Operation Rescue, Chavez-Ochoa Law Offices, Inc. (209) 772-3013
Operation Rescue through their General Counsel releases the following statement in response to the alleged statements made by Scott Roeder:
Mr. Roeder no more speaks for the Pro-Life movement than he does for the Obama Administration. Mr. Roeder’s alleged statement that more violence is to come as and to all abortion providers across this nation is calculated to create a spirit of fear that clearly stands contrary to the strongly held beliefs of the Pro-Life movement that all life is precious, both in and out of the womb.
The defendant in the death of Dr. Tiller, Mr. Roeder, acted as a vigilante when he heinously and, in an act of cowardice, took the life of Dr. George Tiller. Mr. Roeder continues in his vigilantism when he proffered his despicable statement of continuing acts of violence, a product he has conjured up within the confines of his mental illness and perpetuated through the sensationalism of the media.
Operation Rescue will not stand by and act as if this organization’s Pro-Life message has been silenced by Mr. Roeder’s egregious act and insidious statements. Operation Rescue will continue to advocate for the sanctity of human life, born and unborn.
While Operation Rescue recognizes the Obama Administration’s endeavor of protection of abortion providers we caution that this protection should not be used as a ruse to conduct a witch-hunt against the Pro-Life movement. Neither persecution nor adulteration of the rule of law can be tolerated pursuant to this sad event.
The Pro-life movement exercises each and every day their God given rights as articulated within the First Amendment to our Constitution in speaking out against abortion. Whether or not one agrees with the Christian belief that abortion is murder is not the issue but rather instead no infringement of one’s constitutional rights can be determined to be acceptable under any circumstances.
Operation Rescue will continue to help lead the fight against abortion through peaceful and legal means while endeavoring to remain a light and example of our Lord and Savior Jesus Christ. While the roots of division run deep within this country about abortion we pray that the day has come that both sides can state with an open and truthful heart that regardless of our differences we are all united in the fight against violence as a means of resolving this difficult issue. 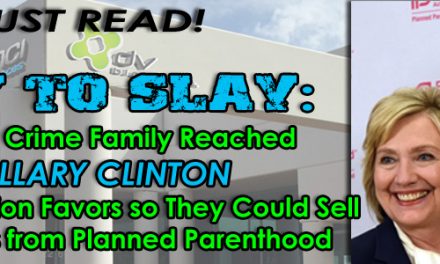