Washington, DC — Senator Chuck Schumer (D-NY) used his opening remarks in the confirmation hearing of Judge John Roberts to ask a question concerning Operation Rescue President, Troy Newman.
Senator Schumer addressed Judge Roberts: “You told me when we met that you were not an ideologue and you share my aversion to ideologues. Yet, you’ve been embraced by some of the most extreme ideologues in America, like the leader of Operation Rescue. That gives rise to a question many are asking: What do they know that we don’t?”
Operation Rescue President Troy Newman responds:
Senator Schumer, the thousands of supporters of Operation Rescue know that human life begins at the moment of conception and abortion kills an innocent human life.

Senator Schumer, you hypocritically say you abhor ideologues, yet you embrace one of the most radically extremist pro-death left-wing ideologies in America. You ask what we know? We know that the pro-death reign of terror that you so adamantly espouse is coming to an end whether Judge Roberts is confirmed or not. Given the current political, popular, and religious trends in our nation, it is an inescapable inevitability. Senator, we know the truth and that the truth can set even you free. 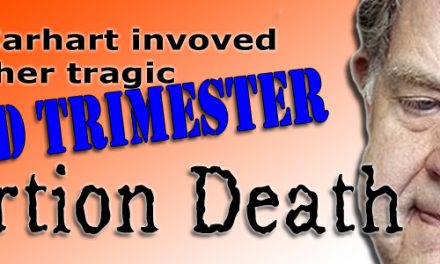