Jefferson City, MO — Operation Rescue will be in Jefferson City, Missouri, today with the Truth Truck fleet as President George W. Bush makes two appearances there. The Truth Trucks are large panel trucks covered with billboard-sized photos of aborted babies.
Operation Rescue has this message for President Bush:
“Mr. President, your recent statement that you support rape exceptions to bans on abortion is not a pro-life sentiment. Babies conceived in rape* are no less human or deserving of life than those conceived through consensual relationships. Abortion further traumatizes rape victims and contributes to slower emotional healing than those victims who give birth. Your statement sends mixed signals about the sanctity of life, the humanity of the pre-born, and your overall concern for the well-being of women.
“We call on you today to renounce your support for the killing of innocent pre-born baby boys and girls who are conceived through rape, and to put your support behind state abortion bans like the one recently passed in South Dakota and the one currently being considered in Missouri.”
Operation Rescue is in Missouri to encourage citizens of the “Show Me State” to support the Missouri abortion ban, SB 1248, which is currently being considered by the State Legislature.
*Operation Rescue holds that incest is a form of rape and includes it when referencing rape exceptions to abortion laws.
Read Missouri’s Proposed Abortion Ban 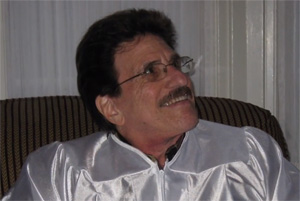