WASHINGTON, DC — Anti-abortion conservatives on Tuesday protested the possible elevation of Sen. Arlen Specter to Senate Judiciary Committee chairman just as the Pennsylvania senator was trying to convince his Republican colleagues that he would be a strong advocate for President Bush’s judicial nominees.
More than a dozen protesters gathered outside a Senate office building where Senate Majority Leader Bill Frist, R-Tenn., keeps his offices, carrying signs saying “Bork Specter”, “Sen. Frist: Stop Judicial Activism” and “Senator Frist: Listen to We the People.”
Robert Bork was a conservative jurist whose nomination to the Supreme Court was thwarted.
Specter has been on the hot seat with conservatives since saying that anti-abortion judges would be unlikely to be confirmed by Senate. Since his remarks two weeks ago, he has tried to assure Republicans that he would not personally block any Bush nominees from getting a floor vote.

But several of the protesters said they didn’t trust Specter, and they want Frist to keep him from being elevated to the Judiciary chairmanship.
“This is just the beginning,” said Troy Newman, president of Operation Rescue. “We worked very hard to put Bush back in office… and now is not the time to derail the president’s pro-life nominees.”
Specter also met with Frist and other Senate GOP leaders on Tuesday, and planned to meet later in the day with the current GOP committee members, who get the first vote on whether Specter will replace current chairman Orrin Hatch, R-Utah.
Specter and the other Senate leaders would not comment after the meeting but several other senators have said they expected Specter to become Judiciary chairman.
Hatch is stepping down because of party-imposed term limits. Whatever decision the committee members make can be appealed to the full GOP caucus later.
“We’ll see what happens,” Specter said Monday.
Few GOP senators on the committee have spoken publicly about their feelings on the matter. But Sen. Jeff Sessions, R-Ala., said Monday that he was still undecided.
“I wished he hadn’t said it,” Sessions said. “But if you read what he said in its entirety, it wasn’t a direct threat to the president, although it would have been better left unsaid. It may simply be that there’s a difference between being the chairman and making those statements and being a single member of the committee.”
___
Associated Press writers Lara Jakes Jordan and Jeff McMurray contributed to this report. 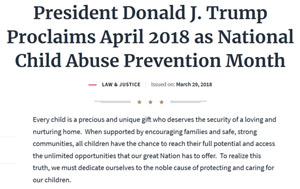