Wichita, KS – Operation Rescue filed a motion on Friday to intervene with the Kansas Supreme Court in abortionist George R. Tiller’s effort to derail a citizen-called grand jury investigation of him. Joining Operation Rescue’s motion is Mark Gietzen, who is intervening on behalf of the petition circulators and signers.
Tiller’s legal action, called a Writ of Mandamus, is asking the Kansas Supreme Court to order two District Court Judges, Michael Corrigan and Paul Buchanan, disregard Kansas law and refrain from impaneling the grand jury, which was legally called for in accordance with the statutory citizen petition process.
Chief Justice Kay McFarland ordered an indefinite stay of the grand jury, even though the law requires the convening of a grand jury within 60 days of submission of the petition, a deadline that lapsed on November 6.
Last week, a group of State Legislators issued a statement that said they believed the Court overstepped its authority and ignored state law in halting the grand jury. They demanded that the Court stop impeding the process and allow the investigation to go forward.
Operation Rescue’s motion to intervene states that Tiller’s Writ of Mandamus “makes numerous indirect ad hominem references to the Intervenors and makes direct and express reference to Operation Rescue no less than seven (7) times.”
“Nothing less than the rule of law is at stake here,” said Operation Rescue President Troy Newman. “Tiller is demanding that he be treated differently than any other subject of a grand jury investigation in Kansas history. He wants the law set aside just for him. This turns the ‘Equal Justice’ doctrine on its head.”
“While we completely trust that Judges Corrigan and Buchanan will adequately address the legal concerns in this case, they do not have information about the false statements about Operation Rescue’s involvement that has been presented to the Court as facts. A decision that threatens to scrap a cherished right afforded the people should not be made based on outright falsehoods, ad hominem attacks, and scare tactics. Our motion is meant to protect the integrity of the proceedings as well as the rights of the people to seek justice through this legal process.”
KS Supreme Court Case Number 99434 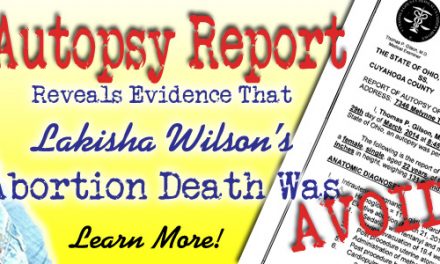