Two authors of the study are intimately involved in abortion. Bias may have skewed results.
Philadelphia, PA — It has been learned that two of the authors of a controversial new study on fetal pain, published today in the Journal of the American Medical Association (JAMA), are intimately involved in abortion. This information casts serious doubts on the veracity of their findings that pre-born babies cannot feel pain until the latest stages of pregnancy.
The lead author, Susan J. Lee, is a medical student who once worked for NARAL Pro-Choice America, a radical pro-abortion group recently exosed and discredited for producing a television ad full of lies and distortions about Supreme Court nominee John G. Roberts, Jr.
Another author, UCSF obstetrician-gynecologist Eleanor Drey, is the medical director of the abortion clinic at San Francisco General Hospital. JAMA did not include information about the authors’ ties to the abortion industry in its publication.
Legislation called the Unborn Child Pain Awareness Act has been introduced at the federal level. This act would require doctors to tell women seeking abortions at 20 or more weeks of gestation that the fetus may feel pain.
“The timing of this dubious study is highly suspect in light of the current legislation regarding fetal pain making its way through Congress,” said Operation Rescue President Troy Newman. “It sounds very much like the authors have a vested interest in making sure their results indicate that pre-born babies cannot feel pain until just prior to birth. The thought of babies feeling pain as they are dismembered in the abortion process would be bad for business.”
“I have seen studies that have indicated that babies may feel pain and respond to tactile stimulation as early as six weeks from gestation,” said Cheryl Sullenger, a spokesperson for Operation Rescue and author of Sidewalk Counseling: A Training Manual, a guide for offering help to women considering abortions. “But the fact remains that it doesn’t really matter if the baby in utero can feel pain or not. It is still wrong to take innocent human life no matter the age or stage of development.” 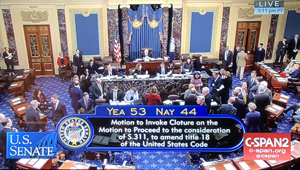