Washington, DC — In 1999, Operation Rescue became the first pro-life group in the U.S. to openly protest the use of life-destructive experimentation involving tissue and cells obtained from human embryos and fetuses as well as experimentation using the remains of aborted babies.

Yesterday, the Department of Health and Human Services announced that, as a result of an audit, it was terminating a contract with the University of California San Francisco that allowed for the use of human fetal tissue from elective abortions for so-called “research.”

It was also announced that the DHHS would end research conducted by the Nation Institutes of Health (NIH) that used human fetal tissue from elective abortions.

DHHS is in the process of implementing rules changes that will further “strengthen safeguards and program integrity requirements” applicable to research conducted outside the NIH.

“We understand that promoting the dignity of human life from conception to natural death is very important and a high priority for the Trump Administration, we applaud them for taking steps to end the unethical experimentation on aborted baby remains – something no other administration in the past twenty years has been willing to address,” said Troy Newman, President of Operation Rescue.  “President Donald Trump has been the most pro-life president in our nation’s history and we very much appreciate his willingness to act affirmatively to protect life and promote life-affirming scientific research that does not exploit the remains of aborted babies.” 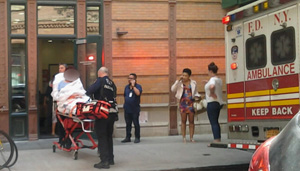