Columbus, OH – According to new records obtained by Operation Rescue, 74 women suffered complications after taking the abortion-inducing drugs Mifepristone (RU486) and Misoprostol that were dispensed by Ohio abortion facilities in 2020.

Six out of Ohio’s ten abortion facilities operating in 2020 reported abortion drug complications, even though all of them dispensed abortion pills.

The number of complications dipped slightly from 2019, when 81 abortion pill complications were reported to the Ohio Department of Health.  The reduction in reported complications may have been related to China Virus restrictions that were in place for part of the year or may be related to other, more nefarious factors.

There is reason to believe that complications from abortion-inducing drugs may be underreported or are not being reported at all by some abortion businesses.

Two Planned Parenthood facilities – one in Bedford Heights and another in East Columbus – routinely reported relatively large numbers of complications prior to 2019, when they mysteriously stopped reporting — even though they continued to dispense abortion pills without interruption.

A fourth abortion pill facility, the Northeast Ohio Women’s Center in Shaker Heights has never reported a single abortion complication since it reopened under its current ownership in May 2018.

“It seems improbable that after consistently reporting abortion pill complications year after year that these three facilities would suddenly stop seeing complications while the number of that type of abortion skyrocketed,” said Troy Newman, President of Operation Rescue.  “It is suspicious, at best.”

That simply makes no sense.

Since nothing has changed in the way the pills are manufactured, dispensed, or taken, the number of complication reports should logically increase proportionately as the volume of abortions increases, but that is not what is happening in Ohio.

“Reporting of abortion drug complications is obviously inconsistent in Ohio,” said Newman.  “The Department of Health should be monitoring the facilities to ensure they are complying with all reporting laws, but from what we can see, there appears to be a serious lapse in oversight in this area, and that is a disservice to the public, which has the right to know the truth about abortion dangers.”

A new report [PDF] out of the United Kingdom posted on March 6, 2021, revealed what happened with the reporting of abortion pill complications in England, Scotland, and Wales after the U.K. relaxed dispensing rules due to the China Virus.

Between April and June 2020, only one abortion pill complication was reported to the Department of Health.

However, during the same time frame, a freedom of information inquiry found that an average of 36 calls per month were placed to the U.K.’s 999 emergency system — equivalent to the American 911 exchange – by women who had taken abortion pills.  An average of 20 ambulances per month responded to the homes of women experiencing these medical emergencies.

“This United Kingdom data is troubling because their Department of Health turned out to be the worst source of information.  Abortion facilities simply did not report abortion complications.  It further supports the hypothesis that Ohio abortion facilities, like their counterparts in England, Wales, and Scotland, are probably not reporting all complications, as state law demands,” said Troy Newman, President of Operation Rescue. “The number of women in Ohio who suffered complications from the abortion pill could be much higher than reported.”

The Mt. Auburn Planned Parenthood in Cincinnati, a surgical facility that also dispenses abortion pills, reported 27 complications — the most of any Ohio facility in 2020.

Other facilities reporting abortion drug complications were Preterm in Cleveland, Your Choice Healthcare in Columbus, Northwest Ohio Women’s Center in Cuyahoga Falls, and the Founder’s Women’s Health Center in Columbus, which permanently closed in May 2020.

Most of the forms contained information about the types of treatments used to resolve the complications.  However, 26 forms mentioned no course of action at all.

Despite the incomplete reporting, much could be learned from the 74 complication forms.

There were 67 forms that indicated women suffered incomplete or failed abortions – by far the most common complication reported.  Of those, 40 women were required to undergo surgical first trimester suction aspiration abortions.

Some of the failed abortions were not immediately identified, resulting in five women undergoing more dangerous Dilation and Evacuation (D&E) dismemberment abortion procedures in the second trimester of pregnancy.

One woman’s complication was so severe that she required hospitalization.

One form submitted by Your Choice Healthcare’s abortionist Bill Roddick showed that one woman required hospitalization for what appeared to be a serious infection.

Thankfully, Ohio enacted a new law in January 2021, which prohibits dispensing abortion drugs through telemedicine. This adds a layer of protection for women, but it does not address the obvious lack of abortion complication reporting by active abortion facilities in Ohio.

“While we applaud Ohio’s ban abortions by telemedicine, more must be done to ensure that an accurate reporting of RU-486 complications is made by each abortion facility,” said Newman.  “That is the only way to get an truthful picture of the actual risks women face when abortion facilities try to sell them these dangerous drugs.  But I have a feeling that the truth is not something the Abortion Cartel is anxious for anyone to know.”

Operation Rescue has submitted a formal request to the Ohio Department of Health for a full investigation to determine whether Ohio abortion facilities are in full compliance with the state’s RU486 abortion complication reporting requirements. 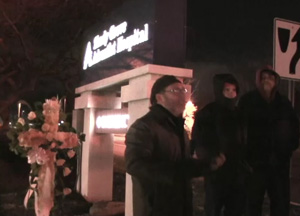