Operation Rescue vows to oppose Sotomayor who wrongly believes, “Courts create social policy.”
Washington, DC – President Barack Obama has nominated Judge Sonia Sotomayor to the U. S. Supreme Court as a replacement for retiring Justice David Souter. Operation Rescue will oppose Sotomayor’s nomination as being unfit for the nation’s highest court.
“Just as Obama has attempted to abuse the process of law in reshaping America to the far left, so too Sonia Sotomayor believes in the abuse of judicial authority having stated that courts can create social policy,” said Operation Rescue President Troy Newman. “This philosophy dangerously overreaches the duties of the judicial branch and flies in the face of the separation of powers doctrine.”
“Sonia Sotomayor is far left ideologue that blurs the lines between the legislature and judiciary and will surely be a rubber stamp for Obama’s radical abortion agenda, which is opposed by the majority of Americans.”
Below is a brief video clip showing Judge Sotomayor’s comments relating to judicial social activism. 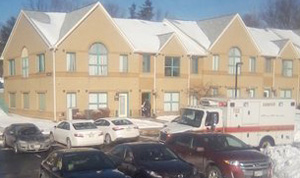