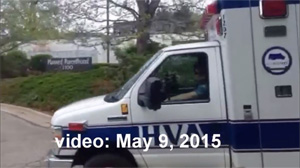 By Cheryl Sullenger
Ann Arbor, MI — Pro-life activists in Ann Arbor, Michigan, are reporting that there have been two medical emergencies at the Planned Parenthood abortion facility there within sixty days.
The video, released by Ann Arbor 40 Days for Life actually documents three medical emergencies at this Planned Parenthood facility and includes a 911 call recording from the March 12, 2015 incident. 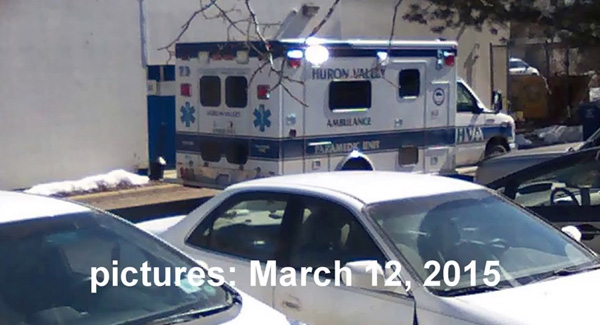 During that 911 call, a Planned Parenthood employee who identified herself as “Elisabeth” indicated that they had a patient that needed transport to the University of Michigan Hospital.
The Planned Parenthood abortion worker then made a startling request.
“And I would like to request that the ambulance come to the back of the building with no sirens, please,” she told the 911 dispatcher.
The video shows that the ambulance company, Huron Valley Ambulance, complied with the request, potentially delaying their arrival time.
“Planned Parenthood and other abortionists will do almost anything to cover-up the medical emergencies and botched abortions that take place at their facilities, even if it means delays in patients receiving emergency medical treatment. The more these incidents are documented, the more their rhetoric of ‘safe’ abortions are eroded, and the more business they lose,” said Operation Rescue President Troy Newman. 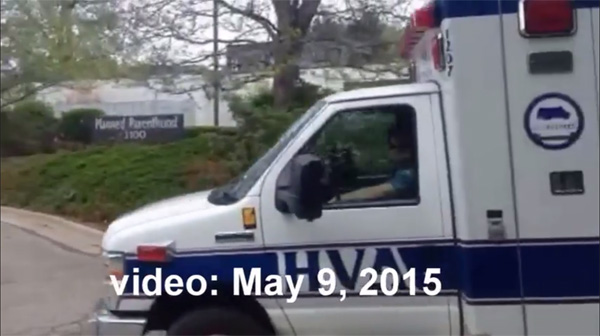 The video also shows footage from another emergency that took place at the Ann Arbor Planned Parenthood abortion facility on May 9, 2015, less than 60 days after the March incident. Clinic workers used sheets to obscure any view of the gurney as it emerged from the Planned Parenthood abortion clinic.
“It is obvious that there is an ongoing safety issue at this Planned Parenthood and we thank the local pro-life activists who are documenting the truth. Of course abortion takes an innocent human life, but evidence we have collected over the years shows it isn’t safe for the mother either, despite Planned Parenthood’s hollow claims. Those who are hurting these women must be held accountable by state oversight agencies that are tasked with protecting the public,” said Newman.
In addition, the video, showed footage of a medical emergency that took place in 2004 where one of the clinic escorts is seen taunting and making obscene gestures to the pro-life activist who was filming the incident.
“In no other medical profession will you find workers or volunteers that act in such an unprofessional and offensive manner,” said Newman. “It just shows that abortion clinics are not real health care facilities and do not measure up to the profession standards in the rest of the medical industry. They are obviously dangerous businesses masquerading as medical facilities where women may walk in, but they may never walk out.”
Operation Rescue has documented 30 medical emergencies at abortion facilities around the nation so far in 2015, however, pro-life activists only witness a small fraction of incidences of abortion complications.
“Based on the trends we have seen in documents we have studied, the number of women suffering life-threatening abortion complications this year is conservatively in the hundreds, and could very well be in the thousands. There are no standardized reporting requirements, and as I mentioned, the abortion cartel will go to any lengths to hide the truth about what really goes on behind the closed doors of abortion clinics in this country. Deception is the only way they can stay in business.”
Learn about other abortion-related emergencies documented by Operation Rescue. 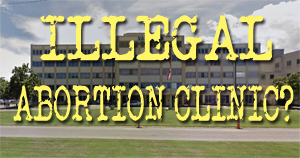