Los Angeles, CA – Over 700 young adults from all over the globe gathered in Los Angeles over the weekend for the first ever International Pro-life Youth Conference, hosted by The Survivors. Troy Newman, president of Operation Rescue was one of a list of internationally known pro-life leaders who spoke at the conference with the goal to train and equip youth from all over the world to end abortion.
“Abortion is a worldwide problem that we believe, with the help of the young people who attended this conference, will soon be relegated to the ash heap of history along with other forms of human rights abuses such as slavery and human sacrifice,” said Newman. “It was a joy to be here to be part of encouraging these young people to stand strong for the rights of the preborn.”
The conference came on the heels of news breaking out of Russia that it faces a population crisis if women continue to abort their babies at the current rate. The United Nations predicts that at unless things change, Russia’s population will decrease by 20% in the next 40 years. In 2009, women in Russia aborted 73 out of every 100 pregnancies, the highest rate of abortion in the world.
“The world is beginning to see that babies are a blessing, not a curse, and that killing them also destroys a nation’s future,” said Newman. “This International Pro-life Youth Conference couldn’t be more timely. The world is ready to end abortion, and I predict this new generation will be the ones to do it.” 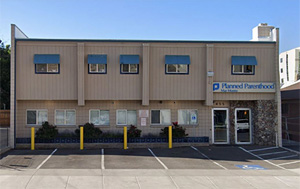