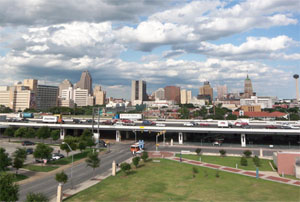 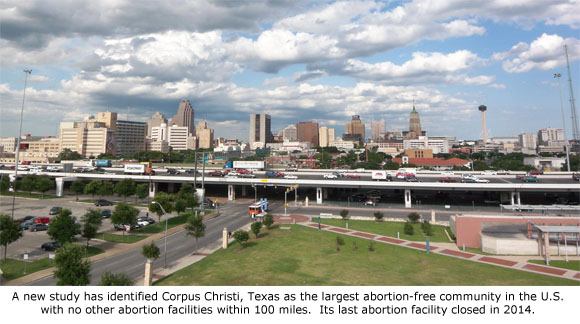 By Cheryl Sullenger
San Francisco, CA – A new abortion report that was meant to induce fear over the diminishing number of abortion facilities in the U.S. actually gives pro-life supporters a reason for hope.
The study, which was conducted primarily by the University of California San Francisco, identified 27 cities as “abortion deserts” with the nearest abortion facility over 100 miles away.
“What these abortion promoters call ‘abortion deserts,’ we call ‘Abortion Free Communities,’” said Operation Rescue President Troy Newman. “These cities prove that women do not need abortion and can get along just fine without it. In cities where there are no clinics marketing abortions to women, abortions decrease – sometimes dramatically — meaning more babies have a fighting chance at life. That should be good news to everyone.”
Newman and his associate, Cheryl Sullenger co-authored the 2014 book Abortion Free: Your Manual for Building a Pro-Life America One Community at a Time, which details steps pro-life supporters can take to made their communities abortion free.
The study identified Corpus Christi, Texas, a city with a population of over 324,000, as the largest abortion free community in the U.S. without an abortion facility within 100 miles.
This is followed by the second largest abortion free community, Fort Wayne, Indiana, with a population of 260,326.
Three Texas cities round out the top five. They include Laredo, Lubbock, and Amarillo.
“The truth is that these cities do not have abortion facilities for two reasons. First, there is not the demand for abortion to support a facility. Secondly, many of the 27 communities have active and determined pro-life activists who have worked tirelessly to pass pro-life legislation and educate the communities about the horrors of abortion. Their work has saved countless lives, and they should be commended,” said Newman.
Abortion-free cities with successful pro-life campaigns to end abortion have included Corpus Christi, Texas; Fort Wayne, Indiana; and Chattanooga, Tennessee, among others.
Due to Operation Rescue’s work, Wichita, Kansas, remained abortion-free for four years and saw statewide abortion numbers drop by 12% in the first year Wichita was without an abortion clinic.
There were some errors in the “abortion desert” study apart from its conclusions regarding the need for more abortion businesses. For example, Columbia, Missouri, is listed as a community without an abortion facility. However, the Planned Parenthood office in that community is licensed for abortions and conducts them whenever an abortionist is available.
The study also omitted Birmingham, Alabama. While there is a Planned Parenthood facility in Birmingham, there has been no abortions done there in over a year, thanks to the hard work of dedicated pro-life activists.
In 1991, there were 2,176 surgical abortion facilities in the U.S. Today, there has been a 77% reduction in surgical abortion facilities with only 494 remaining. Adding clinics that only offer medication abortions, America now has at total of 711 abortion facilities — a decrease of two thirds over 1991 numbers.
“Abortion facilities continue to close and abortion numbers in our nation have dropped to historic lows. This is our victory, and the Abortion Cartel’s defeat,” said Newman. “We are working every day to decrease abortions and increase the number of abortion free communities until we can achieve our goal of an abortion-free America where the lives of human beings in the womb are once again protected by law. That will be the ultimate victory, not just for pro-lifers, but for all of humanity.”
Operation Rescue’s annual reports on abortion clinic closures can be read here.

Op Ed: What a Difference a Decade Can Make 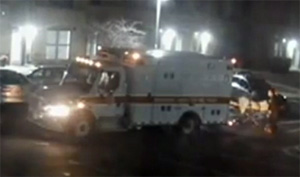