Wichita, KS — A new pro-life Political Action Committee, Kansans for Truth In Politics, has helped spark debate concerning a tragic injustice in Wichita, Kansas, involving what most would consider a “double-homicide.”
Fourteen-year old Chelsea Brooks was recently murdered and her body buried near Wichita, KS. Chelsea was nine months pregnant with her daughter, Alexa Lynn Brooks. Yesterday three men were charged with capital murder in Chelsea’s death, but no such charges will ever be filed on behalf of Alexa.
Kansans for Truth in Politics (K-TIP) released an e-mail pointing out the injustice of this, which appeared in several Kansas publications and sparked public discussion.
Reprinted below is the message from K-TIP and links to some of the related stories.

One Victim or Two? Injustice based on ignorance still thrives in Kansas.
WICHITA, KS — Wichita is reeling from the shocking and senseless death of 14-year old Chelsea Brooks, who was murdered while nine months pregnant with her daughter, Alexa Lynn. Their murders bring to mind the much-publicized California case of Laci and Connor Peterson, whose killer, Scott Peterson, now sits on Death Row awaiting his just punishment for convictions on two counts of murder.
But in Kansas, those held in custody in Chelsea and Alexa’s deaths will be charged with only one murder: Chelsea’s.
Why is Connor’s life of greater value than that of Alexa, who was brutally killed just days away from delivery? Unlike Connor’s tragedy, which appeared on the nightly news for months, Alexa’s murder will be unjustly ignored thanks in part to Gov. Kathleen Sebelius, who as a Kansas legislator in 1983, opposed legislation that would have allowed prosecutions for the murder of babies in utero, because of the negative implications such a law may have had on the Kansas abortion industry.
The blog at the link below is a well-written and well-documented posting about how Sebelius, as a Kansas legislator in 1983, opposed legislation that would have allowed Alexa Brooks to be treated as an equal of Connor Peterson under the law.
One Victim or Two? By KSMeadowlark
It is an embarrassment that a state like California, which radically embraces abortion on demand without restriction, can get such a common sense matter right, while Kansas — with its volumes of pro-life legislation — cannot. It is reminiscent of the inequality that existed before the Civil War when a slave’s life only had value if he managed to reach a Free State. Thanks to Sebelius, a similar brand of injustice based on ignorance still thrives in Kansas.
On Election Day in November, Kansans will have an opportunity to do something about it. 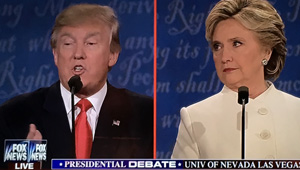