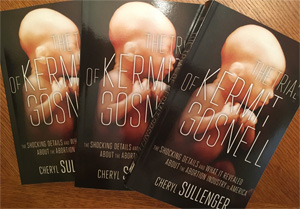 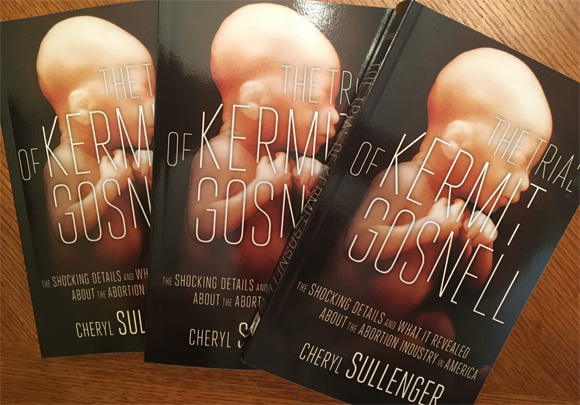 PRESS RELEASE
Washington, DC – A new book, The Trial of Kermit Gosnell, uses real-life examples to show that aspects of Gosnell’s “criminal enterprise” can be found in abortion facilities around the nation.
One such aspect revealed in the book is mental illness, which plagued some of Gosnell’s employees and is more common among abortion workers than is commonly known.
Several of Gosnell’s workers were diagnosed with mental health issues such as such as depression, bouts of anxiety, and bi-polar disorder. Even Gosnell showed signs of mental illness through the squalid conditions where he lived and worked, the cold-hearted “snipping” of spinal cords on babies born alive, and the ghastly behavior of displaying jars of severed baby feet.
Author Cheryl Sullenger, who attended Gosnell’s 2013 murder trial, calls on her years of research into abortion abuses to reveal that Gosnell and his employees were not alone. 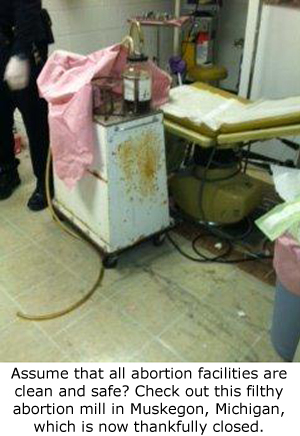 Sullenger relates the case of a Michigan abortionist, Robert Alexander, whose clinic rivaled the filthy conditions found at Gosnell’s “House of Horrors” facility, and his bizarre testimony at a recent medical board disciplinary hearing.

Alexander testified in his own defense for slightly under an hour, detailing his battle with bipolar disorder since he was nineteen years old. Alexander read a lengthy list of symptoms experienced by those with that mental illness and told the administrative judge that he is heavily medicated in order to manage his condition, taking Lithium three times per day and Prozac twice a day. Alexander claimed to be under the regular care of a psychiatrist and a psychologist. . .
“I mean, to be honest with you, as I listen to Dr. Alexander tell me about all the various symptoms that a person may have, I question whether anyone should be practicing medicine with a lot of those symptoms,” the judge said.

Sullenger also describes other abortion workers who suffered from mental impairment that left them unsafe to practice medicine, including one who committed suicide after years of battling mental illnesses, including schizophrenia, bi-polar disorder, and paranoia.
“There are hidden risks at our nation’s abortion clinics that are rarely discussed. America has a right to know about them,” said Sullenger. “Mental health issues are only a part of the dangers that lurk unseen behind the abortion clinic doors.”
The Trial of Kermit Gosnell is available now at Amazon.com.
Sullenger, who serves as Senior Vice President of Operation Rescue, is available for interview at 316-516-3034. 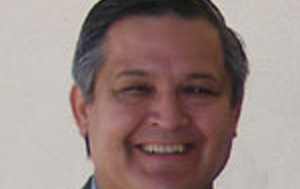