NOTE: Operation Rescue was happy to assist Project Defending Life in the preparation of information for release in this report. Please note especially the video below featuring a UNM Center for Reproductive Health “abortionist-in-training” who did not seem to understand much of how the abortion clinic worked, or even where it was! Especially of interest is her claim that women experiencing risky 2-day surgical abortions in their 19-21st weeks of pregnancy need not return for a follow-up visit, a practice that endangers women’s lives and health. This woman, who identified herself as “Dr. Lyons,” represents what we can expect from abortionists in the future — a future that looks bleak indeed without the hard work of pro-life activists like Bud and Tara Shaver in Albuquerque.

By Tara Shaver, Project Defending Life
Albuquerque, NM – In just under 30 days, Albuquerque will be the first city in the country with the opportunity to vote to ban late-term abortions starting at 20 weeks of pregnancy. That vote is more important than ever in light of new research that reveals New Mexico’s taxpayers pay for hundreds of abortions each year that are halfway though pregnancy and later – often at the encouragement of the abortion providers themselves.
New Mexico is one of 15 states that uses taxpayer money to fully fund abortions. In 2011, taxpayers funded 1,786 abortions through state Medicaid to the tune of over 1.1 million dollars.
In 2012, the number of tax-funded abortions dramatically dropped to 649 at a cost of $177,361.32, according to the New Mexico Human Services Department. [View Chart]
“While we rejoice in the decreased number of abortions that taxpayers are funding, it is disturbing that the vast majority of these expensive abortions are done on babies over 17 weeks gestation. Should the Pain Capable Unborn Child Protection Ordinance pass in November, it would save hundreds of lives each year and would save the taxpayers millions of dollars,” stated Bud Shaver, spokesman for Project Defending Life.

Two out-of-state abortionists who fly to Albuquerque on alternating weeks performed most of Medicaid-funded abortions in New Mexico. California resident Shelley Sella performed 201 of the 649 tax funded abortions, earning $51,328.63 profit. California resident Susan Robinson performed 184 tax funded abortions for a big $47,555.01 paycheck at tax-payer’s expense.
The upcoming election to ban late-term abortions in Albuquerque prompted a recent undercover investigation by members of Project Defending Life to find out how much an abortion at 20 weeks costs New Mexico taxpayers.
That investigation discovered that an abortion at 20 weeks gestation at the UNM Center for Reproductive Health (the University of New Mexico’s freestanding abortion clinic) costs $1,200. At Southwestern Women’s Options, the largest late-term abortion clinic in the U.S., women are charged $1,850 for each 20-week abortion. At both abortion clinics, the price of abortions rose dramatically with each passing week of pregnancy.
The recorded phone conversations with both abortion clinics showed employees encouraging a prospective patient to use Medicaid to pay for an expensive 20-week abortion, even though on one case, the caller indicated that she had a “good job” and did not believe she would qualify for the program.
“The Pain Capable Unborn Child Protection Ordinance will save taxpayers money that is otherwise pocketed by out-of-state abortionists,” said Shaver. “We hope that the residents of Albuquerque will rise to the occasion on November 19 to end the barbaric practice of late-term abortions in our city once and for all.”
Operation Rescue has published two videos on Youtube.com featuring the undercover recordings made by Project Defending Life. 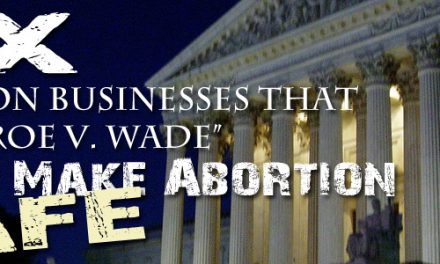 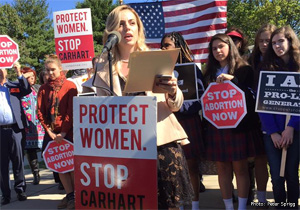 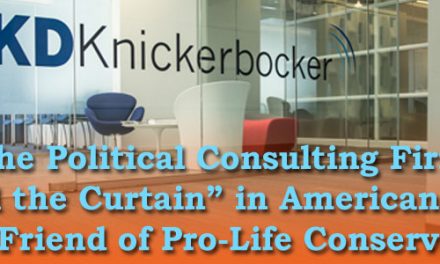