Host Chris Matthews calls pro-life opposition to Sebelius “verbal terrorism.”
Washington, DC – MSNBC’s Chris Matthews discussed the nomination of Gov. Kathleen Sebelius’ to the post of Secretary of health and Human Services yesterday, asking Jonathan Martin of Politico, if he believed that she would survive the “verbal terrorism” of her pro-life opposition.
Martin responded, “I think she will, for one important reason. Sam Brownback, her home state senator, an ardent Catholic pro-lifer, Chris, has said kind things about her, signaling that he will not stand in her way. So if that’s any, sort of indication I think that bodes well for Sebelius.”
“It is unimaginable that a Catholic pro-lifer such as Sen. Brownback would support Sebelius’ nomination to a post where she can advance her extremist abortion agenda on the national level. There is so much documentation of her ardent support of indicted late-term abortionist George Tiller that is hard to believe that the Senator from Kansas is simply ignorant of her record. We pray that Mr. Martin’s information is in error,” said Operation Rescue President Troy Newman.
“We at Operation Rescue are urging our supporters to contact Sen. Brownback’s office and ask for confirmation on this story,” said Newman. “Our own calls to his office have been met with equivocation. We believe that the people have a right to know the truth on where the Senator stands.”
Sebelius’ nomination has been opposed by a growing number of pro-life groups for her associations with the radical arm of the abortion lobby and because of her cozy connections to late-term abortion abortionist George R. Tiller, who is scheduled for trial on 19 criminal charges of committing illegal abortions.
“As for Matthews’ bigoted comments attacking our deep convictions that Sebelius is unfit to serve based on her close connections to numerous abortion scandals really tells us a lot about his basic lack of compassion for the weak and vulnerable,” said Newman. “His obvious hatred for the cause of life makes him a pathetic person, and we pray for him.” 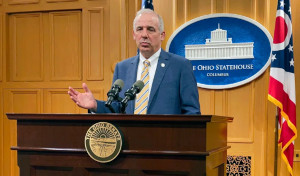