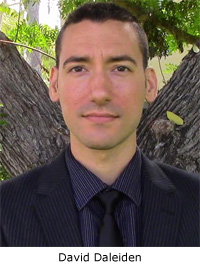 By Cheryl Sullenger
Washington, DC – After the release last week of a powerful video interview with Planned Parenthood’s Medical Director, Deborah Nucatola, describing the sale of aborted baby organs while munching out on salad and swilling red wine, it is fair that Planned Parenthood is in Category 5 crisis mode.
Planned Parenthood will get no relief this week, with another video in the investigative series set to drop soon.
“This is the biggest hit Planned Parenthood has ever taken from a public relations standpoint,” said Troy Newman, President of Operation Rescue. “They simply have no defense for their Gosnell-like cavalier attitude toward reducing the remains of human babies to a ‘product’ that is sold on the open market.”
Newman serves as a Board Member for the Center for Medical Progress, the organization behind the 3-year undercover investigation, which was led by citizen journalist David Daleiden.
Reaction to Daleiden’s video swift and formidable at the local, state, and Federal levels.
Investigations Launched
The following states have launched investigations into Planned Parenthood’s illicit body parts trade:

Perhaps most notably was a statement from Louisiana Gov. Bobby Jindal, who has put a hold on Planned Parenthood’s attempts to license a “mega” abortion center in New Orleans pending the outcome of an investigation.
“I have instructed Louisiana’s Department of Health and Hospitals to conduct an immediate investigation into this alleged evil and illegal activity and to not issue any licenses until this investigation is complete. I am also asking the FBI to assist DHH in investigating this alleged criminal activity by this organization,” stated Jindal.
Meanwhile, in New Mexico, activists have released documentation showing that Planned Parenthood is not alone in the illegal trafficking of fetal body parts. A consent form from Albuquerque’s Southwestern Women’s Options, the largest late-term abortion clinic in the U.S., contains a one-sentence notice buried in lengthy text that states, “I understand that tissue and parts will be removed during the procedure, and I consent to their examination and their use in medical research and their disposal by the clinic and/or physician in the manner that they deem appropriate.”
This statement raises questions about whether women actually realize that their baby’s organs will be sold. Protest ABQ is seeking an investigation in New Mexico into this apparently illegal practice.
Virginia Governor Terry McAuliffe was alone in rejecting calls from state legislators for an investigation into Planned Parenthood. McAuliffe has a pattern of protecting abortion businesses and has attempted to dismantle state abortion safety standards despite evidence that Virginia abortion clinics operate dangerously.
Nucatola Summoned to House Committee
On the Federal Level, House Speaker John Boehner ordered House Committees to conduct investigations into Planned Parenthood’s grisly aborted baby body parts trade.
“I could talk about the video, but I think I would vomit. It’s disgusting,” Boehner said.

The House Committee on Energy and Commerce as issued a letter to Cecile Richards ordering Deborah Nucatola to appear before them on July 31, 2015 and brief them on specific aspects of Planned Parenthood’s involvement in the trafficking of fetal body parts.
President and Presidential Candidates Respond
Not surprisingly, the White House has issued a weak statement that they will “take Planned Parenthood at its word” that everything they did was legal, despite the evidence to the contrary presented in the CMP view. Democratic Presidential Candidates have remained mute on the issue.
However, numerous Republican Presidential candidates have issued statements expressing horror over Planned Parenthood’s trade in human flesh, including former Texas Gov. Rick Perry, Florida Rep. Marco Rubio, Louisiana Gov. Bobby Jindal, California’s Carly Fiorina, Texas Senator Ted Cruz, Ben Carson, Wisconsin Gov. Scott Walker, former Florida Gov. Jeb Bush, Former Arkansas Gov. Mike Huckabee, and former Pennsylvania Sen. Rick Santorum.
Sen. Rand Paul has promised to vote this week to defund Planned Parenthood in response to the video.

Planned Parenthood’s Tepid “Apology”
Planned Parenthood was slow to respond, finally issuing a written statement denying wrongdoing but admitting that fetal body parts are harvested at Planned Parenthood facilities and that money is in fact exchanged.
In response, Daleiden issues a statement pointing to an advertising flyer issued by StemExpress, an organ procurement company, advising Planned Parenthood of potential profits from the sale of fetal organs.
“This flyer advertises 4 different times the financial benefit that Planned Parenthood clinics can receive from supplying fetal tissue, with the words: ‘Financially Profitable,’ ‘Financial Profits,’ ‘financial benefit to your clinic,’ ‘fiscal growth of your own clinic.’ The advertisement carries an endorsement from Planned Parenthood Medical Director Dr. Dorothy Furgerson,” said Daleiden in response.
When the written statement did not calm the firestorm, Richards released an unprecedented video apologizing for Nucatola’s tone, but not her actions of harvesting and selling fetal organs. Richards’ “apology” backfired, garnering mostly negative reaction and disgust.

Daleiden called the Richards video cynical and full of empty excuses.
“A belated ‘sorry’ is not enough for these deeds of baby parts trafficking and partial-birth abortion, these atrocities against humanity,” he said in a written statement.
“Richards’ video ‘apology’ was offensive on many levels. She doubles-down on her defense of marketing aborted baby body parts. She also shows no remorse for her organization’s actions that we believe are patently illegal,” said Newman. “The video revealed a panic inside Planned Parenthood and a full blown media effort to deflect from their own bad behavior.”

StemExpress Alters Website
StemExpress, the organ procurement company mentioned in the CMP video, responded subtly altering their web site, including changing a reference to their company as a “multi-million dollar” organization to stating they are a “small company.” It also scrubbed any reference to approval of their protocols by Institutional Review Boards. Fetal livers are one of five “core products” available for purchase from StemExpress.
Viral Video and Headline News
In just 24 hours after the video’s release, it had already generated over a million views on Youtube.com and over 1,200 media stories that dominated the news cycle. As of this writing, six days after the viral video’s release, it has been viewed over 2.4 million times.
Daleiden also performed admirably on news shows such as Fox News’ O’Reilly Factor and CBS News.
O’Reilly noted that if the allegations brought by Daleiden prove true, it could spell the end of Planned Parenthood. Fox’s Megyn Kelly rocked the airwaves with her own emotional coverage of the Planned Parenthood body parts scandal.

In an interview with the Boston Herald, Newman promises that more videos will be released in the coming days and weeks.
“We have thousands upon thousands of hours of video and notes, and this is the first piece that we’re going to release,” Newman said. “Whatever lies Planned Parenthood used to cover this up to try and justify what they do, we’ve got the evidence to prove they’re lying and they’re breaking the law.”
With more evidence soon to be released, this Planned Parenthood scandal promises to deepen.
To learn more visit CenterForMedicalProgress.org.
Read Operation Rescue’s initial press release regarding the Planned Parenthood scandal. 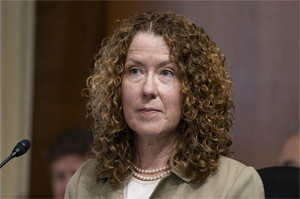