One woman forced to drink turpentine, another forcibly detained at an abortion mill Denver, CO — Two more cases of attempted forced abortions have been surfaced, supporting Operation Rescue’s claim that forced and coerced abortions are occurring at epidemic levels in the United States.
The Atlanta Journal-Constitution reported Monday that a mother and two cousins were arrested in Columbus, GA for criminal abortion after they twice forced a 16-year old girl to drink turpentine in an attempt to force her to abort her 3-month old pre-born baby.
In Denver, an Internet radio program has aired an interview with a woman named Nikki who was forcibly detained at the Mayfair Women’s Center in Aurora, Colorado, after she changed her mind about aborting her 16-week old baby. Mayfair Women’s Center is associated with the National Abortion Federation.
Nikki, and her sister-in-law, Lisa, told radio host Bob Enyart that Nikki had been prepared for a second trimester abortion with the insertion of laminaria, a seaweed substance that begins the dilation process before a late-term abortion. Nikki was to return to the clinic to complete the abortion, but in the mean time, she changed her mind and simply wanted the laminaria removed.
Nikki was given false information by abortion clinic personnel in order to intimidate her into completing the abortion. She was told that if she did not go through with it, her baby would be deformed, and retarded, and that she would die. Nikki was physically restrained by the abortionist Ron Kuseski and other clinic workers, and told that if she did not go through with the abortion, the police would be called and she would be detained and placed on a 72-hour suicide watch. This was even though Nikki insisted she was not suicidal, and that she had a physician who would remove the laminaria and monitor her for complications.
Eventually, Nikki was allowed to leave the abortion clinic without the abortion. She went immediately to another doctor who told her that Kuseski’s treatment of her had been a “poor attempt at an abortion.”
Nikki later gave birth to a healthy child. (Click here to listen to the entire interview.)
“The stories that are now beginning to surface are only the tip of the iceberg and support our assertion that forced and coerced abortions are occurring in epidemic numbers,” said Operation Rescue spokesperson Cheryl Sullenger. “In fact, it was an incident of forced abortion that I witnessed in 1985, at an abortion mill in San Diego, California, that prompted me to become more heavily involved in pro-life ministry.”
“This is the abortion industry’s dirty little secret. Now that it is out, we pray women who are being pressured into abortions they do not want will seek help from pro-life pregnancy centers that can get them the help they need to continue their pregnancies and parent their precious children,” said Sullenger.
Read Related Story

Operation Rescue Says, “This Is The Last Straw!” 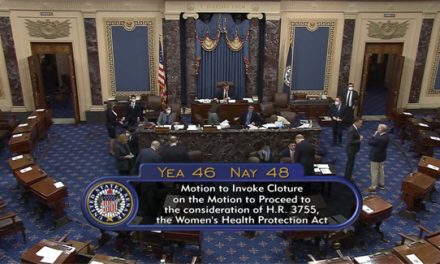