St. Louis, MO – A status conference was this held morning before St. Louis Judge Michael Stelzer in which the MO Department of Health and Senior Services (DHSS) announced it will not to renew the St. Louis Planned Parenthood’s abortion facility license.

However, Judge Stelzer has ordered that the preliminary injunction preventing the expiration of Reproductive Health Services Planned Parenthood’s facility license will remain in place until further order from the court.  This allows Planned Parenthood to continue conducting abortions in a dangerous manner that violates Missouri law.

In an extremely disrespectful and frankly dishonest letter to the DHSS dated June 18, 2019, RHS Planned Parenthood has vowed to defy a law that requires one pelvic exam for women prior to abortions and that it will not issue a plan of correction by the June 19 deadline set by the DHSS.

“In a brazen example of projection, RHS Planned Parenthood attacked the DHSS for not following the law and acting unethically, even though it is Planned Parenthood that has behaved in this manner,” said Operation Rescue President Troy Newman.  “For Planned Parenthood, this has become a game of how far they can spin reports of their own wrongdoing to make people falsely believe the DHSS is the problem.  It’s deceptive and despicable because it is playing fast and loose not only with the truth, but with women’s lives.”

RHS Planned Parenthood continues to intentionally misrepresent the law as requiring two pelvic exams prior to abortions even though the DHSS issued a statement yesterday to clarify that only one pelvic exam is required by law.  This also continues to be misreported by nearly every news agency that has covered this story.

“It is reckless and irresponsible for this judge to allow a proven dangerous abortion facility to continue operating in open defiance to laws that have been passed to ensure the safety of women.  When the next ambulance comes to RHS Planned Parenthood – and it will happen without a doubt – Judge Stelzer will be as responsible for harming a patient as the arrogant and incompetent abortionists at RHS Planned Parenthood,” said Newman.

Judge Stelzer also denied the DHSS motion to unseal a 62-page Statement of Deficiencies that details severe injuries and other complications inflicted on women by RHS Planned Parenthood’s shoddy abortion practices that violate Missouri laws and regulations.  These women suffered from an assortment of life-threatening but avoidable issues, including severe infection and hemorrhage that for some resulted in hospitalization, emergency surgery, and/or stays in the Intensive Care Unit.

Operation Rescue obtained the deficiency statement while it was still a public record and published it before the judge ordered it to be sealed.  A reading of that Statement of Deficiencies clearly shows that it does not contain patient identifying information as Planned Parenthood wrongly claims.

“Planned Parenthood can lie all they want, but Operation Rescue will always be there to set the record straight with facts and documents that Planned Parenthood wants to stay hidden.  We will never allow their false accusations to intimidate us into silence as long as they continue to kill innocent human beings and place women at risk,” said Newman.

The Court has indicated a new order is forthcoming at a later date. 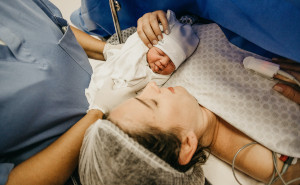 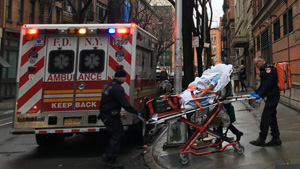 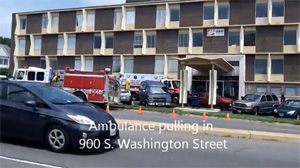