Corunna, MI – A jury has found Harlan Drake guilty of two counts first degree premeditated murder in the shooting deaths of pro-life activist Jim Pouillon and gravel pit owner Mike Fuoss. Each count carries a sentence of life in prison without parole, insuring that Drake, 34, will spend the rest of his life behind bars.
The jury deliberated for four hours before returning their verdicts.
Defense attorneys unsuccessfully attempted to convince the jury that Drake was insane at the time of the murders and should not be held criminally responsible. The prosecution had argued that Drake understood what he was doing and knew it was wrong when he carried out his plan to murder Pouillon as he stood protesting abortion outside Owosso High School on September 11, 2009.
Drake indicated that he had no remorse for the killings, but understood he deserved to be punished for them. Prosecutors said Drake believed he was a hero.
“Justice has been done,” said Operation Rescue President Troy Newman. “We are relieved that Mr. Drake’s behavior will not be excused because he had a sad story to tell, and that he will be locked away for the rest of his life.
“The pro-life community was stunned by Jim Pouillon’s senseless murder and a lot of us who share Jim’s passion for protecting the innocent became acutely aware of just how fragile life can be. Jim was a kind-hearted man who cared about the injustices of the world and the plight of pre-born babies that die every day at our nation’s abortion clinics. He had the courage to get up and try to do something about that injustice. The world was diminished by Jim’s death and those of us who knew him miss him very much.
“We pray that Mr. Drake will now seek repentance and forgiveness through Jesus Christ while we continue to pray for comfort, healing, and closure for the victims’ families and for the community that has been traumatized by these tragic murders.”

Apology Demanded from NJ Sen. Lautenberg for Saying Pro-life Citizens Do Not Deserve Freedoms of Constitution 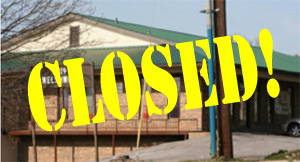