The U.S. Supreme Court is preparing to hear perhaps the most important abortion case in decades this fall.  In Dobbs v. Jackson Women’s Health Center, the State of Mississippi is now asking the High Court to reverse the 1973 Roe v. Wade decision that decriminalized abortion in America.

As of last week, twelve Republican governors, 228 members of Congress, and dozens of organizations have filed briefs with the Supreme Court asking them to do the same.  Data collected from Operation Rescue that refutes the Abortion Cartel’s claims of abortion safety was heavily used by the American Center for Law and Justice in an amicus brief submitted just days ago on behalf of at the Elliot Institute.

Now, our friends at the Justice Foundation are giving every American the opportunity to express their “moral outcry” over abortion in America.  They are seeking to obtain as many signatures as possible on a petition that will soon be presented to the Supreme Court.

We at Operation Rescue fully support this endeavor.  That’s why we are inviting you to sign this petition today.

The petition is called “Moral Outcry” and is easy to sign at https://themoraloutcry.com/.  Already over a half million Americans have added their names.

“This petition will serve as a symbol of that moral outcry. It will wake up the nation and galvanize the national conscience to end the scourge of abortion in America. It will declare that as a people, we do not accept the compromise that leads to the unnecessary death of millions of innocent babies,” states the Moral Outcry website.

“We must let the Supreme Court know that the people of America overwhelmingly reject abortion and that our voices should be heard and respected,” said Troy Newman, President of Operation Rescue.  “I urge you to sign the Moral Outcry petition today!” 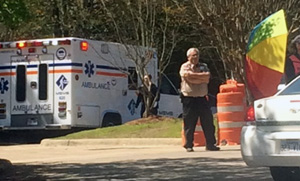