By Cheryl Sullenger
Washington, DC – Operation Rescue is joining with the Susan B. Anthony List and Family Research Council in support of the Graham-Cassidy Repeal and Replace Obamacare legislation that would also defund organizations like Planned Parenthood and divert the money instead for comprehensive health care.
There is a sense of urgency to passing this legislation because the Fiscal Year 2017 ends on September 30. If the bill is not passed before then, it would be off the table until next year.
“The Graham-Cassidy bill may not be perfect, but it would divert money from abortion businesses like Planned Parenthood, which currently receive over a half-billion taxpayer dollars each year,” said Troy Newman, President of Operation Rescue. “A health care bill can be improved upon later, but it is imperative that the funding of businesses that conduct abortion be ended now. Defunding Planned Parenthood will literally save lives.”
Please contact your U.S. Senators today and ask them vote in favor of the Graham Cassidy-Repeal and Replace Obamacare bill.
Contact your Senators 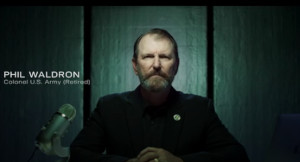