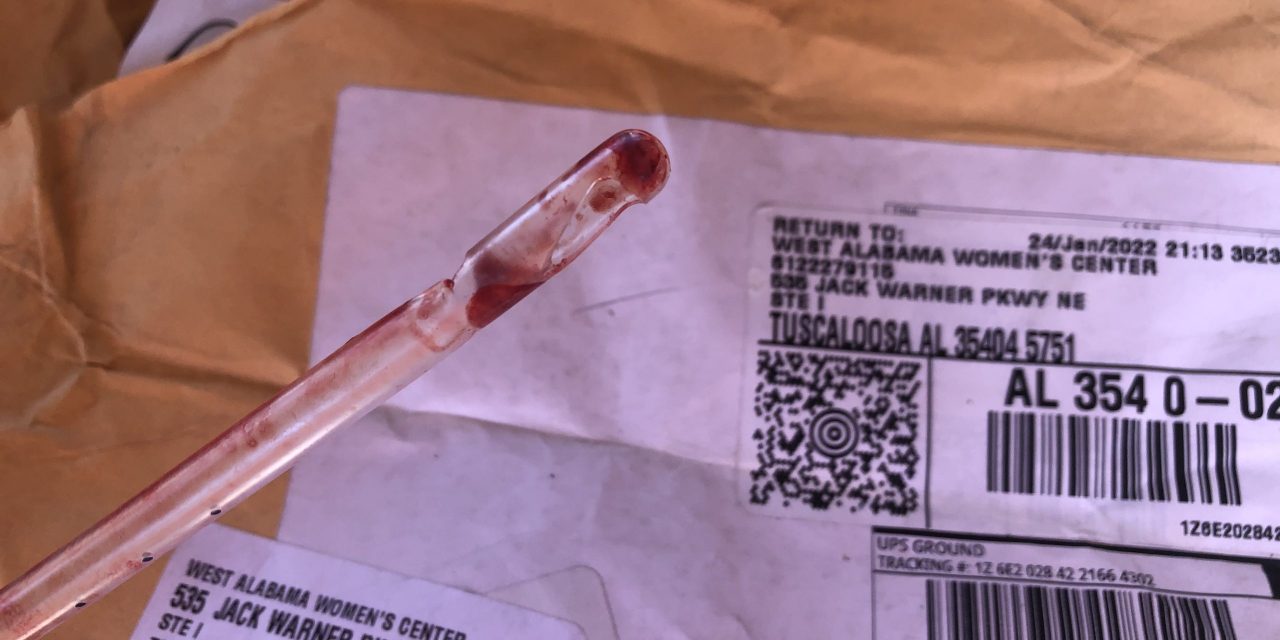 The grisly discovery follows a host of patient care and compliance issues that include a patient death, a major medical malpractice suit, abortionist fraud, and the documented use of rusty surgical instruments during abortions, and more.

Birmingham, AL – When Fr. Terry Gensemer and his wife returned to their Birmingham, Alabama, home one evening earlier this month, they discovered mysterious back trash bags left anonymously on their property.   Curious, they inspected the contents of the bags and were shocked by their grisly discovery.

Inside were documents and bloody refuse from the West Alabama Women’s Center, (WAWC), an abortion facility in Tuscaloosa, Alabama.  Included were suction abortion cannulas that contained blood.  One had a bit of what appeared to be human tissue.

Documents included patient names, remittance receipts from credit cards used to pay for abortions, and ultrasound images of babies inside their mothers’ wombs with the name of the abortion facility clearly printed at the top.

The items represented obvious violations of state and federal laws, including the illegal dumping of infectious medical waste and privacy violations under HIPAA.

Life Legal Defense Foundation was notified and has filed complaints on behalf of Fr. Gensemer, Director of the pro-life organization CEC for Life, and several other pro-life groups and individuals, including Operation Rescue.

The complaints against the WAWC went to the following governmental officials and agencies:

The West Alabama Women’s Center has been fraught with problems and tragedy since it was purchased by the Yellowhammer Foundation in the spring of 2020.  The same week the new management took over, April Lowery, died from internal injuries received during a botched abortion by Louis Payne.  Soon after, Payne was forced to surrender his medical license.

Seven months after Lowery’s death, another woman suffered similar life-threatening injuries during an abortion she barely survived.  The woman, going under the pseudonym “Jane Stone,” sued the WAWC and abortionist Tamer Middleton for her life-altering injuries and for ignoring her pleas for an ambulance as her condition deteriorated.

The WAWC hired abortionist Leah Torres as the facility’s medical director soon after Stone’s botched abortion.  But Torres’ temporary Alabama medical license was suspended by the Alabama Department of Public Health after it discovered she had committed fraud by repeatedly lying on her license application.  Torres as since been granted a permanent medical license and has resumed abortions.

It was Torres that admitted to Department of Health inspectors last December that she was using rusty medical instruments and other unsanitary surgical supplies during abortions, and that clinic workers often did not change gloves or wash hands in accordance with CDC protocols.  The WAWC was cited for nearly identical violations in 2020, as well.

“Alabama authorities can no longer turn a blind eye to this dangerous abortion facility and it’s incompetent leadership.  Shoddy conditions and practices there are have already cost the life of one woman and maimed another,” said Operation Rescue President Troy Newman.  “Now their illegal dumping is endangering the public health.  The West Alabama Women’s Center must be closed before their shoddy practices result in more human tragedy.” 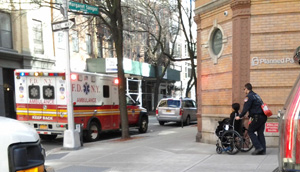