Topeka, KS — A member of the powerful Kansas House State and Federal Affairs Committee has resigned his committee position in protest of political corruption and stonewalling surrounding allegations that late-term abortionist George R. Tiller is committing post-viability abortions in violation of Kansas law.
“Our judicial system is covering up crimes,” said Rep. Ben Hodge. “Our attorney general is ignoring crimes, and I think it is our job to expose crimes.”
Rep. Hodge and other committee members had pushed for Speaker Melvin Neufeld to issue subpoenas for the sealed documentation gathered during the three-year investigation into Tiller’s abortion business by former Attorney General Phill Kline. That investigation resulted in the filing of 30 criminal charges against Tiller all related to the commission of illegal late-term abortions, but the charges were dismissed the following day on jurisdictional grounds even though two judges ruled there is probable cause to believe Tiller committed the crimes.
Speaker Neufeld refused to issue the subpoenas.
Rep. Hodge believed that the legislature should have had access to the documents to determine if the law was being followed. Committee Chair Arlen Siegfreid had supported the subpoenas, then in a surprising move, withdrew his support at the eleventh hour.
Operation Rescue worked behind the scenes to encourage legislators to intervene on behalf of the babies that are thought to be illegally aborted at Tiller’s late-term abortion mill in Wichita.
“This resignation sends a dramatic message that the few principled people left in our government are fed up with the web of corruption that covers for abortionist Tiller and the rest of the abortion cartel at the cost of innocent lives,” said Operation Rescue President Troy Newman. “We applaud Rep. Hodge, who placed principle over politics, and is willing to sacrifice political advancement to let the public know that he will not stand idly by while the laws of Kansas are ignored.”
“Yesterday was a black, black day in Kansas,” Newman continued. “Speaker Neufeld and other leaders have failed to do all he could to bring Tiller to justice. He has betrayed the pro-life caucus in the House and the voter base that has elected him. But worse, he has betrayed the lives of innocent children that should have the protection of law, but don’t. That blood is on his hands.” 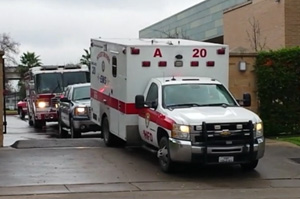