OR to Morrison: “Enforce the law or resign.” Topeka, KS — A group of about 120 pro-life supporters, most wearing red t-shirts that read “Charge Tiller — It’s the Law!” supplied by Kansans for Life, rallied at the Kansas State House yesterday to persuade legislators to support a resolution that would compel Attorney General Paul Morrison to reinstate the 30 criminal charges against abortionist George Tiller that has been filed in December by Morrison’s predecessor. The charges, all related to the commission and improper reporting of illegal late-term abortions, had been dismissed, not on the merits of the case, but on shaky jurisdictional grounds.
On Monday, the House Federal and State Affairs Committee passed the resolution by a 12-8 vote. However, the committee met Tuesday afternoon after abortion supporters complained that Morrison was not given a chance to respond to the resolution. The committee had invited Morrison to address the resolution, but Morrison instead sent a letter telling the committee in part, “I sincerely appreciate your position regarding the 30 misdemeanor counts filed by the previous attorney general. Any further charges will be based on my professional judgment, not legislative action or political calculations.”
“Morrison is basically thumbing his nose at the legislature, which is rightfully exercising checks and balances as provided by law,” said Operation Rescue President Troy Newman, who also spoke to a cheering crowd at yesterday’s rally and press conference. He later said, “If Morrison does not want to enforce, or in this case comply with the laws of Kansas, he should resign his position as Attorney General.”
Kansas law, K.S.A. 75-702, gives either branch of the state legislature and the governor the authority to order the attorney general to prosecute either criminal or civil charges on behalf of the state. However, at a press conference held by Morrison on Tuesday afternoon, Morrison indicated that he believed he would not have to comply with a resolution passed under that law, and called the legislative attempts to compel him to enforce the Kansas ban on illegal late-term abortions “politically motivated.”
Morrison told reporters that an announcement about whether or not charges would be filed against Tiller could be expected in “weeks.”
“It would be a huge mistake for the legislature to wait for Morrison to announce what his is going to do with the Tiller case,” said Newman. “This is simply a stall tactic on his part, with hopes of delaying action until the legislative session runs out. We cannot put any trust in Morrison’s word because of the financial help he received from groups linked to Tiller during the last election.”
“We call on the Kansas House to immediately pass the Tiller Resolution and take whatever other steps are necessary to bring Tiller to justice, and we urgently encourage the public to voice their opinion on this matter to Speaker Melvin Neufeld.” said Newman. “Time is running out, and the innocent babies that are being illegally killed at Tiller’s abortion mill don’t have another legislative season to wait.”
Please express opinions to:
Speaker of the House Melvin Neufeld
mneufeld@ink.org
View photos of Rally and Press Conference 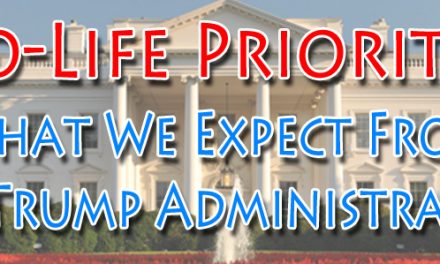