Kansas City, KS — Last week the American Association of Pro-life Obstetricians and Gynecologists (AAPLOG) won a huge victory after an appellate court upheld abortion clinic regulations in Arizona. Now two Kansas abortion clinics have filed a motion to dismiss AAPLOG’s appeal of a Federal injunction that is preventing a Kansas clinic safety law from taking effect.
“The abortion cartel lost big in Arizona to AAPLOG on clinics safety standards, and now they are trying to avoid another defeat in Kansas,” said Operation Rescue President Troy Newman, who worked for years to enact the new law. “Abortionists are desperately trying to dismiss the appeal and get AAPLOG out of the case because it is likely that AAPLOG would prevail.”
Kansas Attorney General Derek Schmidt failed to file an appeal of the injunction, but has indicated that he will not oppose AAPLOG’s efforts.
The new Kansas law contains a severability clause that would allow portions of the bill that have already passed Constitutional muster in other states to go into effect while the other provisions are litigated. However, the injunction issued on the day the law was set to go into effect bars the implementation of the entire law, including the Constitutionally-sound provisions, such as requirements that abortion clinics be inspected annually and that abortionists maintain hospital privileges within 30 miles of their clinics.
Only one of Kansas’ three abortion clinics, Planned Parenthood, qualified for licensure. The Center for Women’s Health in Overland Park operated by Herbert Hodes and his daughter, Traci Nauser, refused to be inspected. The third abortion clinic, Aid for Women in Kansas City, indicated on their licensing application that they would not be in compliance with the new law and was denied licensing based on the application.
“Women are daily placed at risk by abortionists who are not allowed to darken the doorway of reputable hospitals in Kansas. It is appalling, but not surprising, to think that abortion clinics would fight so hard to keep their clinics unsafe and the lives of women who might suffer complications in grave jeopardy,” said Newman. “In the interest the health and safety of women, the provisions of the new law must be allowed to go into effect.”
Read Arizona Appeals Decision which has allowed abortion standards to go into effect in that state.
Read the KS abortion clinic motion to dismiss AAPLOG’s appeal. 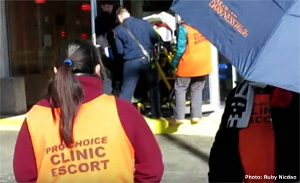 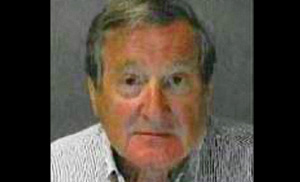