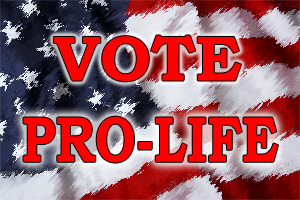 By Cheryl Sullenger
Wichita, Kansas – Kansas pro-life voters have a heavy responsibility on Election Day to make a decision in the ballot booth that is literally one of life and death.
Incumbent Sen. Pat Roberts is the pro-life Republican locked in a pitched battle with pro-abortion Independent, Greg Orman. Real Clear Politics shows Orman with a 0.7 percentage point advantage, making this race a too-close-to-call toss-up.
Orman has been endorsed by all three remaining abortion businesses in Kansas, including a Planned Parenthood organization that barely dodged a 107-count criminal case only because an unknown state official illegally destroyed all the evidence against it in a scandal known in Kansas as “Shreddergate.”
Orman has vowed to caucus with the Democrats, giving them the abortion votes they need to further liberalize abortion in America.
Right now, the Senate is controlled by the Democratic Party, which has stonewalled life-affirming legislation such as the Federal Pain Capable Unborn Child Protection Act, which sailed through the House and is heavily supported by the majority of Americans. This Democratically-controlled Senate has also given us the forced abortion funding through Obamacare, even for those who object on religious grounds.
If Roberts were to lose this critical election, it could hurt the Republicans’ chances of taking the Senate, which will only ensure that more anti-life tyranny is foisted on an unwilling American public.
This election literally hangs on whether pro-life voters turn out to the polls.
Incidentally, the Democratic Primary winner, Chad Taylor, suddenly and surprisingly withdrew from the Senate race in favor of the so-called “Independent” Orman. Taylor was involved in the “Shreddergate” scandal. He was asked by State Attorney General Derek Schmidt to investigate the evidence destruction in the Planned Parenthood criminal case involving illegal late-term abortions and manufacturing ‘evidence” to cover their crimes. Instead, Taylor simply stated that his sham of an investigation only showed no documents were destroyed on one particular date. Thanks to Taylor, no one was ever held accountable for the criminal act of destroying the evidence against Planned Parenthood and obstruction of justice.
Taylor was a witting pawn of the abortion lobby and would never have withdrawn in favor of Orman if he didn’t think Orman would be just as malleable to the abortion cartel.
While pro-life voters have at times been disappointed by Roberts, he still maintains a 100% pro-life voting record.
However, Orman would be a monumental mistake that could cost innocent lives and be the vote needed for the Democrats to expand abortion services, which, thankfully, have recently been contracting due to pro-life legislation at the state level.
In addition, Kansans are being asked to cast their crucially important votes for Governor of Kansas in another election squeaker.
Pro-life Republican Gov. Sam Brownback is in the fight of his political life against pro-abortion Democratic challenger Paul Davis. The fact that Real Clear Politics has Davis up by 2.3 percent over Brownback, should provide ample motivation to drive every pro-life Kansan to the polls.
If pro-life voters stay home, Davis would return Kansas to an era of abortion corruption akin to that overseen by abortion crusader Kathleen Sebelius, who wined and dined with abortionists Planned Parenthood and George Tiller while shielding them from were under very public criminal investigations.
We simply cannot turn back the clock to those dark days!
Davis’ election would undo the pro-life advances that have reduced abortions in Kansas to the lowest levels ever recorded in that state.
On November 4, I am going to the polls and I am casting votes for Sen. Pat Roberts and Gov. Sam Brownback. Then I will anxiously watch the evening’s election results and pray – for the sake of those yet to come — that other Kansans did the same. 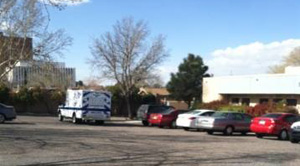 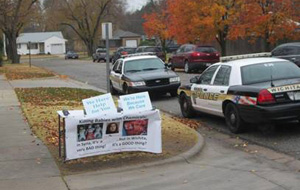 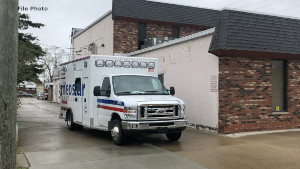