By Cheryl Sullenger
WaKenney, Kansas – The Kansas Attorney General’s office has charged Scott Robert Bollig, 30, of first degree murder and three other counts after he laced his pregnant girlfriend’s pancake with a crushed abortion drug.
The drug caused the death of Naomi Abbott’s 8-10-week old pre-born baby.
Bollig was arrested last Thursday by WaKenney Police and was initially held in Ellis County Jail. Trego County Sheriff’s Deputies transferred Bolling to Trego County where he has posted a $500,000 bond and was apparently released last evening.
A preliminary hearing date has not yet been scheduled.
It should be noted that abortion access is not an issue in the Bollig case since the mother wanted her baby and would have refused to go to an abortion clinic.
However, the murder case does highlight important abortion-related issues, according to Troy Newman, president of Operation Rescue, and should lead to changes in the law.
“The abortion pill is far too easy to obtain in this country and it is time for new laws that prohibit the Internet or mail order sale of RU-486 and Cytotec,” said Newman. “This is the second time a case like this has hit the headlines within weeks and we can only expect more if the sale of these dangerous abortion-inducing drugs are not immediately banned from sale to anyone with an Internet connection or a postage stamp.”
Newman referred to the case of Florida man John Andrew Walden, who was sentenced in January to 14 years in prison for slipping a woman with whom he was romantically involved the labor-inducing drug Cytotec, which killed her wanted pre-born child.
Cytotec is also known as Misoprostol while the RU-486 abortion drug goes by the alternate name Mifepristone. Cytotec is especially easy to obtain without a prescription.
“The Bollig murder case also focuses a laser light on inconsistencies in how we, as a society, view human beings at the earliest stages of development,” said Newman. “If the death of Naomi Abbott’s baby is murder, then the death of every other baby should be considered murder, too. How one feels about a pre-born baby simply does not magically confer humanity onto the child. Pre-born babies are in fact human beings at an early stage of development and each one deserves the same protections under the law.”
Newman points out that what Bolling did goes on at abortion clinics across America every day.
“Men coerce or force women into abortions they don’t want all the time, but because the coercion takes place at an abortion clinic, they get away with it. When it takes place elsewhere, it’s murder,” said Newman. “If one baby is protected by laws against murder, as in this case, they all should receive equal protection under the law.”
Read Bollig’s charging documents
Note: Name spelling corrected

Heated Debate in Progress In Texas House Over Abortion Bill 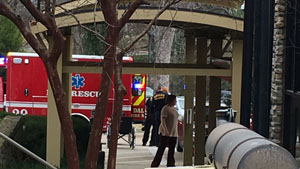