Operation Rescue sends a message that legal remedies for attacks on pro-lifers will be aggressively pursued.

Wichita, KS – Kansas State Representative Vaughn Flora, has issued a formal apology to Operation Rescue President Troy Newman for attacking him during a gubernatorial debate at the Kansas State Fair in September, 2006.
Flora, a democrat, was earlier convicted of battery for striking Newman while he and another man were dressed in cockroach costumes to protest Gov. Kathleen Sebelius’ support for abortion and her willingness to ignore filthy and dangerous conditions that had been recently documented at Kansas abortion clinics. Flora, who was at the debate wearing a Sebelius campaign t-shirt, struck Newman, tearing a mask from his face, and causing a laceration to his forehead. Flora received a 30 day suspended jail sentence and was ordered to pay fines and costs totaling of $228. Part of his sentence also included court mandated anger management classes.
However, after Flora’s conviction, he told the Associated Press that he refused to apologize to Newman for the attack. Newman then sued Flora in civil court.
“I felt that the lawsuit was necessary to insure that Mr. Flora and others understood very clearly that physically attacking people with whom you do not agree is intolerable behavior for anyone, especially a State Legislator. There has to be serious consequences for that, in order to protect others.”
The suit was formally settled late last month. In addition to the apology, Newman received an undisclosed amount of money.
“In recent weeks, there has been an increase in attacks on pro-lifers across the nation. I hope this lawsuit sends a strong message that attacks on peaceful pro-lifers will not be tolerated, and that when attacks do occur, legal remedies will be aggressively pursued,” said Newman.
Read Flora’s Apology 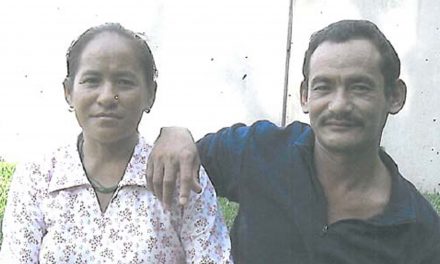