Amazing developments as 40 Days For Life prayer campaign to stop abortion continues
Wichita, KS — October 9, 2007 — George Tiller and other abortionists around Kansas are having a bad day. Never since abortion was decriminalized over three decades ago has the abortion industry been in such a bind.
We believe this is an answer to fervent, purposeful, and focused prayer.
“The effective, fervent prayer of a righteous man avails much.” -James 5:16
We are in our 14th day of prayer in our 40 Days For Life campaign and we are amazed to see what God is doing. We are seeing what Operation Rescue President Troy Newman calls a “full court press” against the abortion industry in Kansas.
Here is what is going on in Wichita and around the state:

It is no accident that the Kansas abortion industry is on the ropes. We believe that the doors that have opened for us to aggressively pursue them have opened only as a result of prayer.

What will God do next?
Please consider taking a prayer shift at Tiller’s Wichita abortion mill, or the abortion clinic closest to you, between now and November 4, and be a part of this historic prayer effort to stop abortion in Kansas and across the nation. 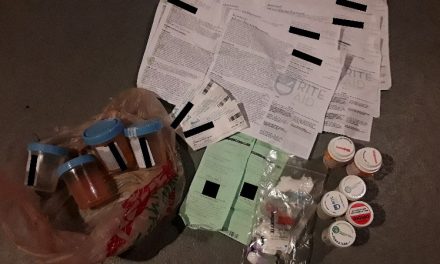