Washington, D.C. — Today, the U.S. Senate is set to consider the nomination of Xavier Becerra as Secretary of Health and Human Services.  Operation Rescue strongly opposes this nominee and encourages those who respect human life to contact their Senators now and ask them to vote no on his confirmation.

Becerra political ideology is radically pro-abortion.  He supports the expansion of abortion at taxpayer expense and has shown disregard for the religious and moral convictions of those who oppose the brutal taking of innocent human life through the barbaric practice of abortion.

When Becerra succeeded Kamala Harris as Attorney General of California, he continued her persecution of pro-life citizen journalists David Daleiden and Sandra Merritt, who documented Planned Parenthood’s involvement in the trafficking aborted baby body parts for “valuable consideration,” which is illegal in the U.S.  Becerra’s ongoing criminal prosecution of the pro-life journalists is in violation of their First Amendment rights to Freedom of Speech and Freedom of the Press.

“Becerra is not qualified to serve as Secretary of Health and Human Services, a role where he could increase the death toll from abortion, force those who oppose abortion to fund it, and control the healthcare of every American,” said Newman.  “I do not trust Becerra with that vast responsibility, and no one else should either.”

Please contact your Senators now and ask them to oppose the confirmation of Xavier Becerra. 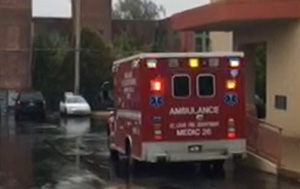