Wichita, KS – Jury selection in the Tiller criminal case continued this afternoon with questioning of potential jurors by Tiller’s attorney Dan Monnat. Assistant Attorney General Barry Disney finished his questioning of this first jury group during the morning session.
Monnat’s questioning indicated that his defense of Tiller will hinge on whether Tiller “knowingly and intentionally” broke the law. Tiller is charged with having committed illegal late-term abortions using a second physician that is legally and financially affiliated with him.
Jury selection will continue on Tuesday morning where a second group of jurors will be questioned. The final selection of jurors is expected to take place on Wednesday.
Opening statements are scheduled to open the trial on Monday, March 23, at 9 AM.
Monnat hinted that Tiller may not take the stand in his own defense. He also hinted that he intended to shift the blame for Tiller’s actions onto a “public official” or others who may have advised Tiller.
“Everything will rest in the hands of these jurors, and we need to pray that God will give them a spirit of justice as they decided this case on the facts,” said Operation Rescue President Troy Newman. “It’s time for Tiller to take responsibility for his actions.”
View photos of the morning press conference and prayer. 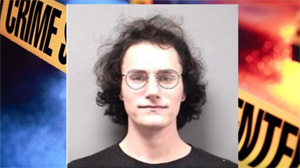