Wichita, KS – Yesterday, Federal Court Judge J. Thomas Marten ordered the State of Kansas to immediately resume quarterly Title X payments to Planned Parenthood of Kansas and Mid-Missouri even though the state has no valid contract with Planned Parenthood that would legitimize such an order.
On August 1, 2011, Marten set aside a new Kansas law that allowed the state to reprioritize how Title X family planning funds were disbursed even though the state had already redirected the money to legitimate health care providers not associated with abortion. Planned Parenthood was back in court yesterday demanding that payments resume immediately. Kansas had offered to pay Planned Parenthood monthly – only for services rendered – while the case was on appeal, but Marten insisted on full quarterly payments regardless of services.
To make matters worse, Marten ruled that Planned Parenthood should not post a bond, making it nearly impossible for the state to recover any of the forced payments to Planned Parenthood in the event that the 10th Circuit Appeals Court overturns Marten’s errant ruling.
“Marten is forcing Kansas tax-payers to fund a private organization with which it has no valid contract. That is completely improper. One cannot enforce contracts that do not exist. Services that Planned Parenthood would seek to supply are available through legitimate health care providers. There is no harm to the public. This is the very definition of judicial tyranny,” said Operation Rescue President Troy Newman.
“Judge Marten should have recused himself from this case because of his personal relationship with Planned Parenthood’s attorney Lee Thompson,” said Operation Rescue President Troy Newman. “It has been our observation over the years following abortion-related cases in Wichita’s Federal Court that Marten has a bias in favor of Thompson and has made no secret of their long friendship. When Thompson is involved or has some interest in a case, Marten generally favors Thompson, whether the ruling makes good legal sense or not.”
Earlier, Planned Parenthood filed papers informing Marten that unless the Title X funds were paid, it would be forced to close its Hays clinic and halt the use of a sliding fee scale at its Wichita clinic. Both clinics were said to have posted loss of $220,000 last year, even though Planned Parenthood received $330,000 in tax money to prop up the failing offices.
While no abortions are done in Hays or Wichita, those clinics act as “feeder clinics” soliciting and scheduling abortion customers for Planned Parenthood’s Overland Park abortion clinic, making them integral components of Planned Parenthood’s abortion business. Federal law prohibits the disbursement of federal tax dollars to abortion businesses.
“Judge Marten had overstepped his bounds and trampled on the rights of the states to make and enforce their own laws and contracts. A judge should not decide which health provider receives Title X money as long as the funds are disbursed according to law,” said Newman. “The appeals court will likely rule in favor of Kansas law, but the damage will be done as far as the loss of tax dollars is concerned, thanks to Marten and his blatant cronyism.” 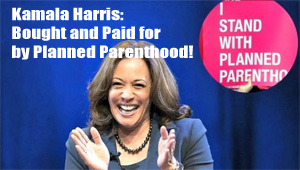