Judge Testifies Planned Parenthood Records Were Falsified, Says Abortion Mill Should Not Have Been Cleared

Evidence supports allegations of collusion between abortion clinic and Attorney General Morrison
(Corrected version)
Olathe, KS – Shawnee County District Court Judge Richard D. Anderson testified in a Johnson County court on Wednesday that he believed that Health Department records supplied to him by Planned Parenthood had been altered. Anderson further testified that he sought the opinion of a police handwriting expert, who confirmed his suspicions that information regarding the gestational age of pregnancies had been tampered with.
Gestational age is a vital aspect of accusations that Planned Parenthood committed illegal abortions since Kansas law prohibits abortions after 22 weeks when the baby is viable.
“Judge Anderson’s testimony is powerful confirmation that Planned Parenthood falsified records in order to avoid criminal prosecution. This is a felony in anyone’s universe, and those responsible belong behind bars,” said Operation Rescue President Troy Newman.
Anderson had originally received the records from the Kansas Department of Health & Environment (KDH&E) in 2004 in response to an investigation conducted by former Attorney General Phill Kline into illegal late-term abortions. The Kansas Supreme Court ordered that identifying information be redacted from the records before they could be supplied to Kline. When Anderson received the records back in 2006, he noticed the falsifications.
Those altered records were later allegedly reviewed by Kline’s successor, Paul Morrison, who issued a letter in June, 2007, exonerating Planned Parenthood of any wrongdoing. At that time Operation Rescue questioned the honesty of Morrison’s actions and alleged that he was covering up for abortion employees’ criminal conduct.
Anderson testified that he thought that was wrong of Morrison to have issued that letter.
Morrison recently tendered his resignation after admitting to an extra-marital affair with a subordinate and allegations that he attempted to use that relationship to help him illegally influence abortion investigations of Planned Parenthood and late-term abortionist George R. Tiller of Wichita. Those allegations cast serious doubt on the integrity of Morrison’s determinations, and support allegations of collusion between Morrison and Planned Parenthood.
Kline, now the District Attorney of Johnson County, filed 107 criminal charges against Planned Parenthood, including 23 felony counts, in October, 2007. Judge Anderson’s testimony was presented at a hearing asking for the removal of two Planned Parenthood attorneys who delivered the altered records to Anderson. Judge Stephen Tatum, who heard Anderson’s testimony, ruled the attorneys could continue to represent Planned Parenthood since it could not be proved that they knew the records had been altered.
“Planned Parenthood has been caught lying and Morrison has been caught covering up for them, but what we have heard in the media today is more about Planned Parenthood’s whininess about this prosecution being a witch hunt. That rhetoric seems more absurd than ever now that they’ve been caught red-handed,” said Newman. “We pray that the corrupt abortionists and their lackeys will be speedily brought to justice.” 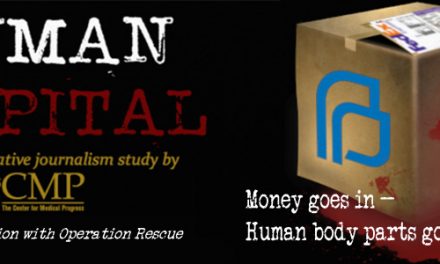 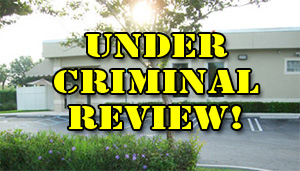 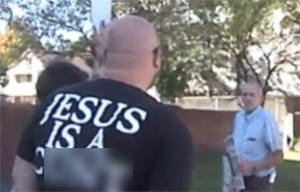