Los Angeles, CA – On June 6, 2008, California Superior Court Judge Samuel Mayerson found that there is sufficient evidence to try Bertha Bugarin and her sister, Raquel, for practicing medicine without a license. The determination was made after a three-day hearing. The pair is scheduled to be arraigned on June 19.
“This is a great day for women and pre-born children in Southern California, and a step toward permanently protecting them from Bugarin and her predatory abortion clinics,” said Operation Rescue President Troy Newman. “These people have demonstrated such callous disregard for the law that the only way to keep them from continuing to commit illegal abortions is to put them in jail.”
“We invested a lot of personal and ministry time and resources into rescuing at those abortion clinics in the early and mid-1990s, and exposing them beginning in 1999. We have continued to work through the media and the Internet to expose their latest misdeeds. We are thankful to see that the effects of our labors continue to reverberate thanks to faithful California pro-lifers who continued to work to bring these dangerous illegal abortionists to justice.”
The Bugarin sisters have long been associated with the notorious Clinica Medica Para La Mujer De Hoy abortion clinic chain in Southern California. Bertha was charged with 18 counts of practicing medicine without a license, and Raquel will stand trial on four counts of the same charge.
Bertha is reported to have done abortions when no abortionist was present even though she has no medical background and is completely unqualified to do so.
Operation Rescue has documentation on file that shows Bertha Bugarin owned the abortion chain that at one time operated eleven clinics, in partnership with abortionist Nicholas Braemer, who lost his medical license in 2000. After that, Bugarin continued participation in the chain of clinics even beyond the time of her arrest. Troubled abortionist Nolan Jones now claims to own the remaining five abortion mills.
In addition to Braemer, abortionists Mohamed Dia, Phillip Rand, and Laurence Reich, a convicted sexual predator, each lost their medical licenses. An unlicensed man, Steven Turnipseed, who did abortions for Bugarin under the name “Doctor Steve,” disappeared after Operation Rescue reported him to the Medical Board for practicing medicine without a license. Other abortionists with the Clinica Medica Para La Mujer De Hoy chain have been disciplined and six of the abortion mills have closed.
Read the story in the California Catholic Daily
Read previous OR stories about this abortion chain 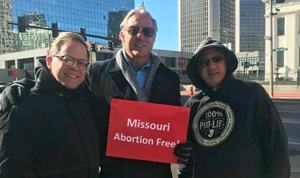 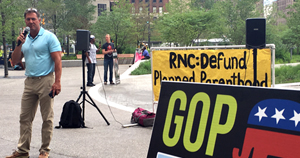