Join OR Sept. 7 in Topeka Speaking Out In Support Of Abortion Clinic Accountability

Topeka, KS – Operation Rescue will attend a public hearing held by the Kansas Department of Health and Environment that is seeking comments on proposed permanent regulations to hold abortion clinics accountable. The new regulations were required after a new law was passed earlier this year requiring abortion clinics to be licensed by the state.
The forum will be held on Wednesday, September 7 at 10:00 am at the SRS Learning Center, located at 2600 S.W. East Circle Drive South in Topeka. Members of the public will be given a “reasonable opportunity” to make public statements and submit written statements to the Department.
Troy Newman and Cheryl Sullenger of Operation Rescue both plan to make oral presentations and submit an extensive documentation package to KDHE in support of clinic licensing and accountability.
“We are urging all who are concerned about the health and safety of women and their pre-born babies to come out and join us in supporting the new regulations that will, for the first time in Kansas, hold abortion clinics to common-sense standards,” said Newman.
“We have documented a long list of abortion clinic horrors in Kansas, including a patient injuries and death, filthy and dangerous clinic conditions, and illegal activity. In the past, the political climate that favored abortion prevented abortionists from being held accountable to the law. These new regulations will give enforcement agencies the teeth they need to enforce the laws and protect women and their pre-born babies from abortion abuses.”
Currently a judge has blocked the implementation of temporary regulations that would have gone into effect on July 1. There are currently three abortion clinics in Kansas. Planned Parenthood in Overland Park submitted to licensing inspections and failed, but later corrected deficiencies and was issued a license. Aid for Women in Kansas City, was never inspected because their license application indicated that they were not in compliance. The third clinic, run by the father-daughter abortion team of Herbert Hodes and Traci Nauser refused inspection and instead filed suit.
The current injunction is due to expire in October when the permanent regulations are due to take effect.
Those who cannot attend the public hearing can submit written statements to KDHE in support of the regulations. The deadline for written comments is 5 PM on September 7, 2011.
Send written statements to Mary Murphy, KDHE, Bureau of Child Care and Health Facilities, 1000 S.W. Jackson Street, Suite 200, Topeka, 66612-1274, by fax to (785) 296-0803, or by email to mmurphy@kdheks.gov. 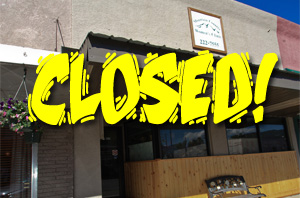