Wichita, KS – The ex-lover of disgraced former attorney general Paul Morrison concluded her testimony this morning with powerful and sometimes emotional testimony about her relationship with Morrison, dispelling the theory that she may have exerted influence over his decision to file the 19 criminal charges Tiller now faces.
Carter testified that she knew that, while attorney general, Phill Kline had filed 30 criminal charges against Tiller related directly to illegal late-term abortions that were dismissed at the request of Sedgwick County District Attorney Nola Foulston. Kline assumed the office of Johnson County District Attorney and became Carter’s boss after Morrison defeated Kline as Attorney General. Carter began her affair with Morrison when he served as the DA of Johnson County.
Carter asked Kline to see the Tiller abortion records, copies of which were transferred by Kline to the District Attorney’s office when he made the transition from the attorney general’s office. She said that Kline took the top three files out of a box of files and allowed her to examine them. Carter testified that it was part of her normal duties in the DA’s office to review medical records and make recommendations as to whether criminal charges should be pursued.
Carter testified that after reviewing the records, it was her opinion that Tiller had committed the crimes with which Kline had charged Tiller.
“I saw the truth with my own two eyes,” she testified. “I saw the records and made my own opinion.”
Later Carter and Morrison quarreled about the Tiller charges and Carter asked him, “Are you going to do the right thing and charge Tiller?” By that, Carter said that she was referring to reinstating the 30 Kline charges against Tiller. She re-emphasized that the question was hers and hers alone, and that Kline never suggested that she ask it.
As for Tiller’s defense theory that she influenced Morrison to file the charges to please her, Carter told the court that Morrison’s filing of the 19 “technical” charges against Tiller made her “very unhappy,” because she thought that he should have instead reinstated the more serious Kline charges.
“I exerted no influence on him and I don’t think he considered my opinion whatsoever in filing the charges,” she said. “It would have been futile on my part to try to persuade him.”
“I really doubt that this was the testimony that Tiller’s defense team wanted to hear,” said Operation Rescue President Troy Newman, who was present during the dramatic testimony. “Carter dismantled their absurd theories and left them stunned.”
Paul Morrison, who was subpoenaed and set to testify, was never was called due to an agreement between Tiller’s defense and Assistant Attorney General Barry Disney.
Morrison had previously stated that Carter had nothing to do with his decision to charge Tiller.
“Tiller’s attorneys had no desire to call Morrison and have him confirm that what Carter said was true. Carter was devastating to their claims of outrageous governmental conduct, but Morrison’s testimony would have been the death knell,” said Newman.
Testimony was concluded and closing arguments in the pretrial motion to suppress evidence against Tiller has been set for 2:00 pm this afternoon.
Judge Clark Owens, told the parties that he planned to take matter under advisement and would issue a ruling in “mid-February.”

Tomorrow: Carter testimony vindicates Kline and proves the media owes him an apology 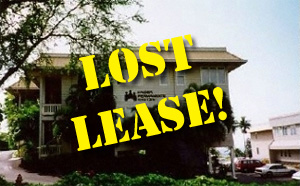 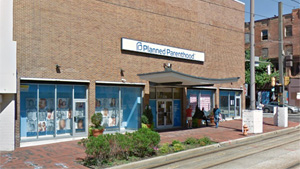