Topeka, KS – In a huge victory for the rule of law, this morning the Kansas Supreme Court unsealed a secret lawsuit filed by Planned Parenthood against District Attorney Phill Kline. Planned Parenthood was seeking to have the Court order Kline to return abortion records that are critical evidence in Kline’s prosecution of 107 criminal charges against the abortion giant.
Instead the Court rejected a letter from former Attorney General Paul Morrison “exonerating” Planned Parenthood, indicating that the records showed no criminal conduct by Planned Parenthood. Morrison then engaged in acts meant to force the evidence from Kline’s possession in order to cover up criminal activity on the part of Planned Parenthood, who had supported his election campaign.
“Every judge that has reviewed the evidence has ruled that there is probable cause to believe that crimes have been committed by Planned Parenthood,” said Operation Rescue President Troy Newman.
Oral arguments in the case are scheduled for June 12.
The abortion records were subpoenaed by Kline when he was attorney general. When still the attorney general, Kline received permission from Judge Richard Anderson to forward the records to the Johnson County District Attorney’s office, with the court’s full knowledge that Kline had been appointed to that post. Planned Parenthood secretly sued Kline to get the records back, a suit that was joined first by Morrison, and then by Attorney General Stephen Six after Morrison’s resignation due to a sex and corruption scandal.
“It is wrong that the subject of a criminal investigation should be allowed to misuse secret proceedings to harass a prosecutor with falsehoods and spurious personal attacks as Planned Parenthood has done,” said Newman. “Now that this case has been unsealed, we trust that the truth of Planned Parenthood’s wrongdoing and the obstructionist attitude of the Attorney General’s office will finally come out.”
“The mantra from the AG’s office has always been that the records must be returned in order to protect patient privacy, but that couldn’t be further from the truth. All patient identifying information was redacted long ago. One has to wonder about the integrity of the attorney general’s office that continues to promulgate such untrue statements,” said Newman.
“In the interest of justice, Kline’s evidence must be allowed to be seen in a court of law at the time of trial and let a judge and jury decide. That’s the American way,” said Newman. 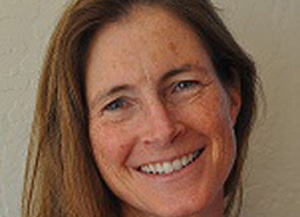