Here’s to the Losers

“When the righteous prosper, the city rejoices, when the wicked perish, there are shouts of joy.” -Proverbs 11:10
In the spirit of the Proverb quoted above, let us celebrate in the defeat of those who work to promote the “Culture of Death.”
Along with John Kerry, the forces of death have suffered a major defeat in the past election! I shout for joy at the following news!
NARAL Pro-choice is a loser!
Planned Parenthood (who endorsed Kerry) is a loser!
Abortion spokeswoman Kate Michaelman is a loser!
Rabid feminist and abortion promoter Eleanor Smeal lost!
Former NOW leader Patricia Ireland lost!
Planned Parenthood Kim Gandy, l who sunk her organization’s reputation into the Kerry Campaign lost!
Abortionists George Tiller of Kansas, Warren Hern of Colorado, and Martin Haskell of Ohio, all of whom gave Kerry thousands of dollars, are losers!
Pro-abortion Ms. Magazine lost!
The Feminist Majority Foundation, who attacked Operation Rescue for it’s anti-kerry Trugh Truck campaign lost!
George Soros and his “Open Society Institute” suffered a huge loss of $5 million that he flushed into the Kerry Campaign.
Michael Moore’s pro-death, anti-Bush agenda lost!
The live human embryo experimentation crowd of Michael J. Fox, Brad Pitt, and the Christopher Reeves legacy suffered defeat!
The National Abortion Federation is a loser!
The ACLU lost!
The Religious Coalition for Reproductive Choice was defeated!
Let us rejoice and be glad, as the Scriptures teach us, for the enemies of the babies have suffered a major defeat! 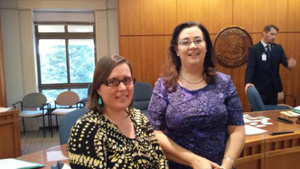 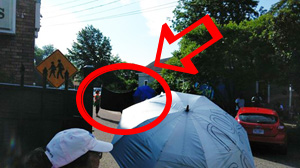