Chicago, IL – A series of 911 recordings has dramatically detailed an incident that took place over the course of about a half an hour involving a serious abortion complication at the Family Planning Associates (FPA) abortion clinic in Chicago, Illinois, that resulted in an angry patient who was prevented from leaving the facility.

“We need an ambulance for a patient who is post-surgical procedure who is aspirating,” the FPA caller said.

This meant that the patient, who was 29, was breathing in her own vomit after an abortion.

When asked if the patient was having trouble breathing, the FPA caller answered, “Yes, yes.  She’s on oxygen but her sat is at 75.”

According to the MayoClinic.org, a normal pulse oximeter reading is 95-100.  Anything under 90 is considered low.  Hypoxemia, or low oxygen saturation level, is a serious condition that can lead to other complications.

The FPA caller indicated that the woman was coughing and unable to catch her breath.

“Please come quickly! I would appreciate it,” she said with some urgency.

Two minutes later, FPA called back to cancel the ambulance.

“Patient sats are up.  She’s recovered.  She’s much better.  We’re going to just watch her here,” the caller said.

But the incident was not yet over.  Thirty minutes later, another FPA worker called 911 for the third time.

“We’re having a patient concerned, and we need an ambulance as soon as possible,” the new caller said.

Just before the caller is transferred to the Fire Department, angry voices can be briefly heard in the background.

“We have a patient who’s trying to leave AMA [against medical advice] who actually needs to go to the hospital and have an evaluation,” the FPA worker told the 911 dispatcher.

“She aspirated during her procedure,” the caller explained. “She is awake and breathing, yeah. She is yelling.  I’m surprised you can’t hear her.”

At the end of the recording, an upset woman can be heard along with another woman who seemed to be trying to calm her down. The words, “Listen,” “…call the ambulance,” and “Listen to the doctor” can be heard.

“We don’t know how this situation was resolved, but it appears after the patient recovered from her ordeal, she was angered at the abortion clinic staff and attempted to leave the clinic against the advice of the abortionist,” said Troy Newman, President of Operation Rescue.  “I hope she got the help she needed, but it seems apparent she was a very dissatisfied customer.  Sadly, this is the kind of drama one can expect to see at an abortion clinic. It’s just an ugly business on so many levels.”

Thanks to the Pro-Life Action League for providing the 911 recordings to Operation Rescue. 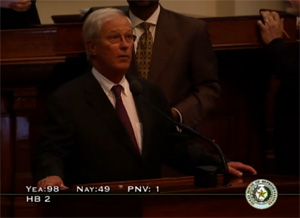