All abortions dropped in 2007, while nearly half of all abortions continue to be done on out-of-state women Topeka, KS – The Kansas Department of Health and Environment (KDH&E) has released its final report of abortion statistics for 2007, showing that post-viability abortions have decreased a dramatic 23% over 2006 numbers.
“In 2007, Operation Rescue hosted three prayer events focusing on Tiller’s abortion business, one of which was attended by over 1,000 people over three days. We believe the drop in that year’s abortion numbers is a direct answer to those prayers,” said Operation Rescue President Troy Newman. “We wanted to extend special thanks to everyone across the nation who has participated in our events, prayed for us, and contributed to our work.”
Tiller was charged with 19 criminal counts of committing illegal late-term abortions on June 28, 2007. Tiller’s abortion clinic, Women’s Health Care Services, was then closed for a record total of 38 days in July and August of 2007.
The KDH&E reports that overall in 2007, abortions in Kansas decreased by 3.82% over 2006 numbers.
Nearly half (48%) of all Kansas abortions were done on out-of-state women. Of abortions done at 22 weeks gestation or older, 91% were done on out-of-state women.
“These numbers make abortions in Kansas a national issue, not just a state problem,” said Newman.
Abortions in Kansas rose steadily until 2002, when Operation Rescue relocated its national headquarters here and began exposing problems at Tiller’s abortion mill. Since then abortions have declined in number ever year except 2006, when the closure of abortion clinics in neighboring states contributed to a slight increase in early abortions in Kansas.
However, since OR’s arrival in 2002, post-viability abortions have steadily decreased. The 2007 post-viability abortions statistics represent a stunning 54% drop over five years. Late abortions are the most lucrative for Tiller, reportedly costing between $5,000 and $20,000 each.
“While we still have much work to do, it is more than appropriate to take time this Thanksgiving and show appreciation to God for the lives that have been saved and for the work that He has done here through Operation Rescue and those who support our work,” said Newman. 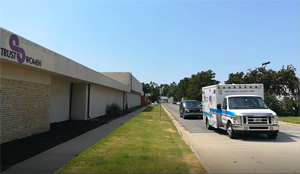