Yet more shoddy NAF mills in troubled with the law

Orlando, Florida — Two Orlando abortion mills were ordered to stop giving abortions Wednesday by the State of Florida, which also suspended the medical license of their owner, abortionist James Pendergraft.
The suspension and closure came after an investigation into illegal late term abortions allegedly committed at the facilities. An emergency order suspending Pendergraft’s license stated that he showed “a flagrant disregard for the laws of the state of Florida and a willingness to endanger the lives and health of pregnant patients.”
Pendergraft is appealing the ruling.
This is not Pendergraft’s first run in with the law. On February 1, 2001, Pendergraft was convicted of Federal extortion in Ocala Florida, and sentenced to 46 months in Federal prison, 2 years probation upon his release, and $25,000 fine. He spent seven months in prison before winning an appeal that dismissed his charges due to lack of evidence.
In April of 2005, one of his former patients filed charges against him for inhumane treatment after she gave birth to a live 23-week old baby in the clinic’s restroom, and her cries for help for her struggling child were ignored. The baby, was denied medical care and died as a result. In April of 2006, the Florida Board of Medicine voted to drop the charges against Pendergraft in that case.
Now closed are Orlando Women’s Center and the EPOC Clinic. Pendergraft also owns three other abortion mills in Florida that have also suspended abortion operations, but are expected to reopen next week. All are associated with the National Abortion Federation (NAF), whose abortion mills are among those with the worst records in the nation.
“When you hear of an abortion clinic being closed by authorities — and there have been several in recent months — it is amost always a NAF clinic,” said Operation Rescue President Troy Newman, whose group recently bought and closed a NAF clinic in Wichita, KS, and have revealed the shocking conditions to the public.
“It is gratifying to see the state of Florida finally take action against Pendergraft. Many states are beginning to realize how dangerous abortion mills really are, and are working to close them in the interest of public safety,” said Newman. “It is just too bad that it has taken so long. We pray this trend will continue until all women and their babies are protected from these shoddy, predatory chop-shops and their mercenary abortionists.” 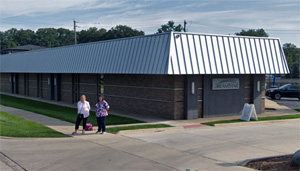