Evidence That Demands A Verdict

Flurry of court actions in Tiller case ignore the merits

Wichita, KS — In the midst of a complicated flurry of legal motions in the case involving 30 criminal charges against late-term abortionist George R. Tiller, perhaps the most important issue has been lost, and that is the question of the merits of this case.
“Every legal maneuver taken by the Sedgwick County District Attorney Nola Foulston and Attorney General Paul Morrison has been with one goal in mind; to keep the evidence against Tiller from ever seeing the light of day,” said Operation Rescue President Troy Newman. “On the other hand, every judge who has ruled on the merits of the case has determined that that there is probable cause to believe Tiller committed those crimes.”
That evidence includes a sealed statement from Dr. Ann Kristin Neuhaus, an abortionist and Tiller associate who provided the second signature required by law for post-viability abortions at Tiller’s Women’s Health Care Services.
“Neuhaus knows better than anyone but Tiller what goes on inside that abortion clinic,” said Newman. “Isn’t anyone just a little bit curious about what she might have to say?”

Dr. Paul R. McHugh, MD, is also listed as a potential witness against Tiller. Dr. McHugh is the highly respected Director of the Department of Psychiatry and Behavioral Sciences of Johns Hopkins University School of Medicine, and Psychiatrist-in-chief of the Johns Hopkins Hospital.
“Perhaps Dr. McHugh might have had something to say about whether or not a single episode of depression qualifies as a ‘permanent and irreversible’ psychiatric condition. Maybe he had something more damaging to say. We don’t know, but we do know that everyone not having personal and political associations with Tiller that has seen the evidence, including statements by Neuhaus and McHugh, believe there is a compelling case against Tiller,” said Newman.
“For the sake of the lives those 15 innocent, viable babies who were alleged to have been killed illegally by Tiller, and for those who continue to die, we are pursuing every legal avenue to get this case back into court. No amount of stonewalling and corruption can keep the truth of this matter from being told forever. The investigation has already been done, and the evidence has been gathered. Now the evidence demands a verdict.”
Read more about the witnesses. 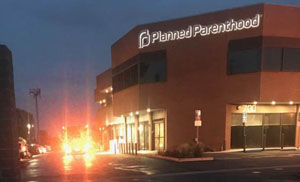