Dear Friends of Life,
Here are two interesting news items from just the the past few days that illustrate how double-minded America is when it comes to abortion. The first a recent news article, the second a quote from a Virginia Appellate Court Judge.
Our nation is a house divided on this issue, one that, according to the Bible, cannot so stand. Please join me in praying for the repentance of the United States, beginning with the Church, that sanctions, either with their laws or their silence, the shedding of innocent blood.
For the voiceless,
Troy Newman
President, Operation Rescue
FETUS MURDERER GETS LIFE
Guilty of capital murder in unborn twins’ deaths
LUFKIN, Texas — Monday, June 6, 2005 — (Covenant News) Nineteen-year-old Gerardo Flores was sentenced to life in prison Monday in a landmark test case of a state fetal protection law. The jury deliberated just under four hours, finding him guilty on two counts of capital murder for his part in killing his unborn twins. The case will be appealed, possibly all the way to the Supreme Court. Flores’ girlfriend, Erica Basoria, 17, was led sobbing from the Angelina County Courthouse by her mother and older sister. While her family testified against Flores, Basoria stood by his side, maintaining she was involved in causing the at-home miscarriage (Induced Abortions). [Flores had stomped on Basoria’s abdomen while she punched herself in the stomach in order to abort twin babies.] Under state law, a woman cannot be charged for causing the deaths of her own fetuses for any reason. A similar federal law went into effect in April 2004, a month before Flores was charged. Prosecutors chose not to pursue the death penalty against Flores, meaning he received an automatic life sentence, with parole possible after 40 years.
[There are three significant differences between Geraldo Flores and abortionist George Tiller. Tiller has a license to practice medicine and Flores does not. Tiller is well paid for his abortions while Flores offered his services at no charge. Tiller roams free while Flores will likely remain behind bars for the next 40 years or so. While we believe Flores deserves to bear punishment for his part in a double-murder, it is unjust to punish him and not the abortionists who cause the same results as Flores’ act day after day. Justice would be served only if Tiller and the rest of the abortionists, were tried for the same crime. Anything less is simply injustice and hypocrisy of the worst kind. —T.N.]
“THE PRODUCT OF SUCH CHAOS…”
“Can we not see that our discussions and the law we make in striking down Virginia’s prohibition [on Partial Birth Abortion] are unfit for the laws of a people of liberty? I wonder with befuddlement, fear and sadness, how we can so joyfully celebrate the birth of a child, so zealously protect an infant and a mother who is pregnant, so reverently wonder about how human life begins, grows, and develops, and at the same time write to strike down a law to preserve a right to destroy a partially born infant. If the disconnect is explained by personal convenience, then we must reason that all morality is personal, without commonality and source. The product of such chaos is unfathomable.”
Judge Neimeyer’s dissenting opinion in the Fourth Circuit case of Richmond Medical Center vs. Hicks. The majority overturned Virginia’s ban on partial-birth abortions on June 3, 2005, without even a review of the record.
[When there are no moral absolutes, chaos will naturally ensue. If we say life deserves protection, but will not allow for the law to protect (except in a minority of cases, as Mr. Flores in the previous story discovered), we are not on the slippery slope, but have already slipped to the depths of depravity. May God grant us repentance and have mercy on our nation! —T.N.] 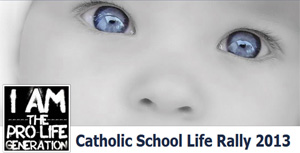