Chicago, IL — Tonya Reaves has been dead for three years. As the anniversary of the passing of this beautiful 24-year old African-American approaches on July 20, 2012, it seemed appropriate to link to a report we published last year based on the sworn deposition of Mandy Gittler, who conducted Reaves’ fatal 16-week abortion at a Planned Parenthood facility in Chicago, Illinois.
The deposition was taken as part of a wrongful death lawsuit filed by family representatives on behalf of Reaves’ only surviving son. After Gittler’s incriminating statement in which there were many inconsistencies and much blame-shifting, Planned Parenthood settled with the family for the sum of $1.5 million, none of which came from Gittler’s pocket.
Today, Gittler continues the practice of aborting innocent babies, but with some changes. It appears she has moved on from the Planned Parenthood clinic that was the scene of the Reaves tragedy. She also shut down her private Chicago-area abortion business last fall.
Gittler has drifted to various abortion clinics, working for a brief period at a seedy abortion mill in Peoria, Illinois, before making a new home at Planned Parenthood’s abortion facility Kalamazoo, Michigan, where women have never heard of her troubled past.
Reaves death continues, as it should to haunt Gittler, but only in small ways. Operation Rescue discovered that Gittler lied about her part in the Reaves family lawsuit when applying for new medical licenses in Indiana and Michigan. Complaints were filed with state medical boards and those investigations are ongoing.
In the last year a young motherless Chicago area boy, who likely has no first-hand memory of his momma, celebrated his fourth birthday. Meanwhile, Tonya Reaves lies in her grave still waiting for justice. 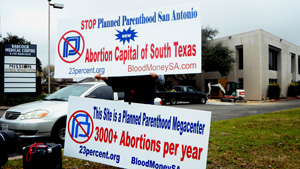 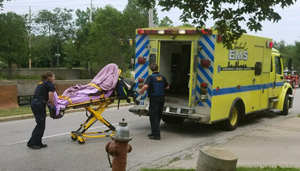