UPDATE- July 11:Judge stays closure order again, but this is not over! Read statement from GCRTL.
UPDATE: We are now hearing that today’s ruling may be stayed by another judge. If it is, that will allow Haskell to remain open even though his abortion business cannot comply with the law. This is a breaking news story. Please stay tuned for updates as we get them. -OR Staff 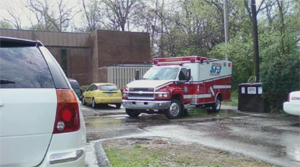 Cincinnati, OH — Magistrate Michael L. Bachman released a decision this morning ordering late-term abortionist Martin Haskell shut down his Sharonville, Ohio, abortion facility as of 4:00 pm EDT today.
“There was a time that pro-life supporters believed that shutting down the notorious late-term abortionist Martin Haskell was simply not possible. Today’s ruling proves that, with God’s help, nothing is impossible,” said Operation Rescue President Troy Newman. “With work and a little ingenuity, it is possible to make every community in America abortion free!”
Magistrate Bachman ruled that Haskell’s abortion business was rightfully denied a variance that would have exempted him from having to comply with an Ohio law that requires abortion clinics operating as Ambulatory Surgical Facilities to maintain hospital transfer agreements. Haskell has no such agreement and without one, he cannot be legally licensed.
In 2010, Haskell closed his out-dated Cincinnati abortion clinic and moved to a newer office in the Cincinnati suburb of Sharonville. His own hospital arrangement was cancelled, forcing him to apply for a variance. The ODH originally granted the variance under the condition that Haskell maintain an approved agreement with two physicians to provide his patients with hospital care in the event of an emergency.
However, other abortionists used by Haskell for such an agreement had a laundry list of disciplinary issues that forced them to withdraw. Haskell formed unapproved agreements with other abortionists, leading the ODH to question whether Haskell was capable of conforming to the requirements in the law.
Finally, on January 17, 2014, the ODH rejected Haskell’s variance application and revoked his ASF license. Haskell appealed, and obtained a stay on the ODH closure order and remained open. That stay was lifted by today’s order, which ends Haskell’s ability to remain open legally.
Haskell has 14 days to file objection, but it is doubtful that any objection could succeed — and certainly not before today’s closure deadline.
Operation Rescue worked with Greater Cincinnati Right to Life to expose abortion-related injuries and other abuses at Haskell’s Sharonville facility that demonstrated the need to end Haskell’s variances and close down that abortion business in the interest of public safety.
Read the Court Order